Home Entertainment Marvel Introduces a Weapon Powerful Enough to Kill All the X-Men at... 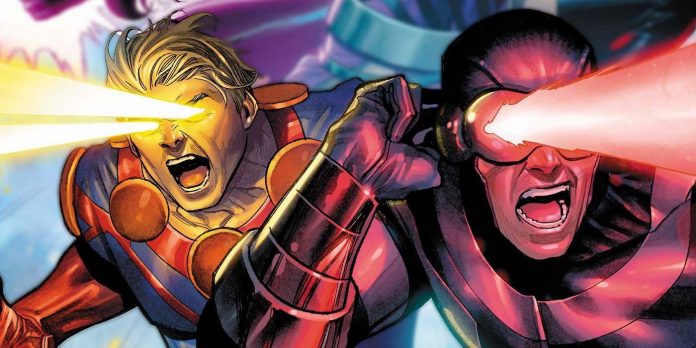 The current Prime Eternal is obsessed with the idea of wiping the X-Men off the face of the earth. To do this, Druig is going to use a powerful weapon capable of destroying mutants in “seconds”. In the new preview for AXE: Eve of Judgment Day #1 from Marvel Comics Druig and Domo come up with a weapon that will not only destroy all mutants, but also will not allow tracking the Eternals.

In a recent Marvel Comics sensation, it turned out that the Eternals consider the X-Men and Mutants to be an excessive deviation, which means that their goal on Earth from the Celestials, the elimination of Deviants, has acquired a completely new meaning. In A.X.E.: Judgment Day #1, the Eternals, the X-Men and the Avengers will fight after being exposed, and an ancient race of space heroes will unleash several powerful threats on mutants to fulfill their main mission. A powerful weapon designed to kill the X-Men takes center stage in the new prelude to the event.

In a brand new preview to AXE: Eve of Judgment Day #1, to screenwriter Kieron Gillen and artist Pascual Ferry, the Machine shows that while the Avengers and the X-Men are resting, the Main Eternal Druig is planning how to destroy mutants and their excessive deviation. So Druig asks Domo how to kill all mutants most effectively. Surprisingly, Domo has a practical and careful way to do this by discovering a powerful weapon in the form of an antimatter bomb.

Domo shows that the “miracle” of a powerful weapon is that it is made of universal technologies, which means that anyone can use it, and it cannot necessarily be traced back to the Eternals. Domo suggests dropping the weapon through the node under the X-Men’s house in Krakoa, which will instantly solve the “mutant problem” on Earth. Domo adds that the mutants on Arraki will not know who dropped the bomb, and a civil war will break out because of the confusion. Druig, wasting no time, puts the plan into action, shyly telling Domo that he wants to destroy the mutants immediately.

Meanwhile, the rest of the preview for AXE: Eve of Judgment Day #1 from Marvel Comics features Eternals who have left their home trying to figure out what to do next.

While Prime Eternal and Domo think they have a solution for destroying mutants, the sudden discovery of a weapon powerful enough to kill all the X-Men at once seems unlikely to actually work. Otherwise, why unleash their perfect weapons like Uranos the Immortal, as teased in future releases? Readers will soon learn more about the fate of the X-Men when AXE arrives in comic book stores on Wednesday: Eve of Judgment Day #1 by Marvel Comics.

The Marvel Phase 5 tablet is missing One Mysterious MCU Movie

The legacy of Hogwarts: what is a kelpie?