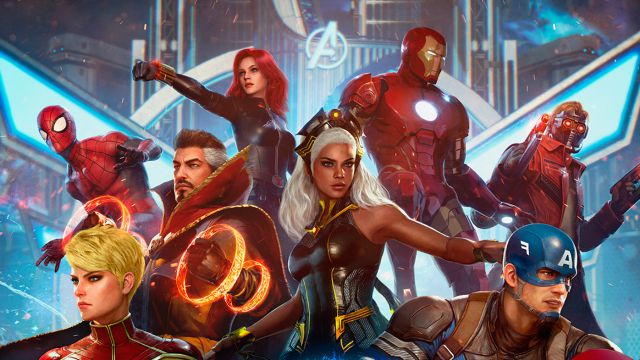 Marvel Future Revolution: The Marvel Multiverse is coming soon as an open-world action RPG for iOS and Android devices; open pre-registration with rewards. Marvel Future Revolution, the long-awaited Marvel crossover by Netmarble for iOS and Android mobiles, already has a release date. So much so, that this new open world action RPG will be available on September 30; And to celebrate the news, those responsible have already enabled pre-registration through their official website, also announcing the extras and rewards for signing up before anyone else with exclusive costumes for various superheroes.

Taking advantage of the announcement of the launch date of the video game both on AppStore and on Google Play, Marvel Entertainment has shared a video streaming of more than 50 minutes that you can see below detailing the main characteristics of a game that will bet on several multiplayer modes, both cooperative and competitive, as well as a solo mode.

Players will have access to eight different superheroes from the Marvel universe, such as Spider-Man, Black Widow, Storm, Iron Man, Star-Lord, Doctor Strange, Captain Marvel and Captain America, all of them with abilities to upgrade and outfits to unlock. In addition, its creators ensure that they will add more characters, costumes and levels over time through new updates.

Among the most striking game modes we find a PvP for up to 20 players divided into 2 teams of 10, as well as team modes of 4 against iconic Marvel villains, cooperative in which to defend the innocent, cooperative assaults and more. Along with the announcement, we have a brief plot synopsis: “Due to the Convergence, numerous dimensions have begun to merge on Earth. Because of this, some have disappeared, and the first engine of Convergence, the Vision Core, has been formed from the sacrifice of Vision … ”, we can read in its official description.

Marvel Future Revolution will be available on September 30, 2021 as F2P.