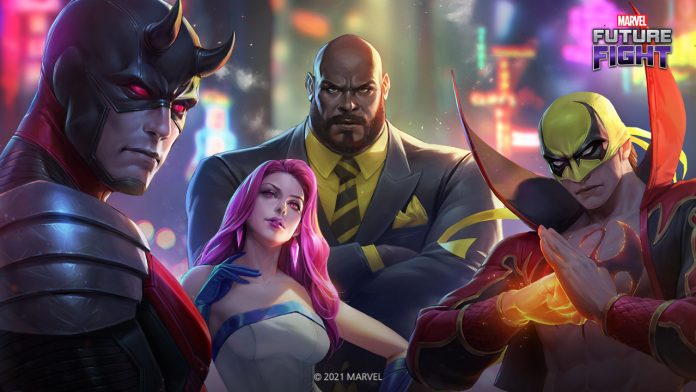 The Marvel Future Fight, which is specially released for mobile devices, can be played on iOS and Android systems without any problems. With the update it brings from time to time, the developer team wants to keep the players active. The new patch it brought is described as one of the biggest patches ever released.

With the new update, new abilities and uniforms have been added to the Supergiant, Corvus Glaive, Proxima Midnight and Black Dwarf characters. Goliath, Killmonger, Supergiant, Ulysses, Klaue, Whiplash, and Yellowjacket characters can now also be upgraded to level 70.

Some changes have been made to the quest system. SHIELD Lab. while it has been renewed. Additionally, Ultimate difficulty has been added to battles in the World Boss Supergiant section.

Many changes have also been made to the Story Mode. You can now gain hero EXP (Experience points) through Normal Mode. You can also use the newly added function to sell Story Pieces.

A new Future Pass season will begin after the Marvel Future Fight update. This season will include a variety of rewards and special icons. Future Pass will become active as soon as you purchase it and will not be refunded if you want to cancel it. In addition, the Legendary and Mythic Future Pass packages will only be valid during the season in which the ticket was purchased, to quickly receive the season’s rewards.

Finally, the problem of not receiving the Weekly Alliance Challenges award, which is the most complained about in the Marvel Future Fight, has also been fixed with the new update.

Who Killed Sara?: The real-life inspiration behind the Netflix series