Marvel fans can prepare themselves as the next few years will be filled with incredible productions. In addition to the original Disney + series, many films will arrive at the cinema and streaming simultaneously.

In this way, we have prepared a complete and updated list of everything that has been announced so far. Write everything down so you don’t miss anything!

* We will update this list whenever new releases are announced

Marvel at Disney +: all the productions that will be released in streaming
Many series and films that make up the new phases of the MCU have already had their dates of availability to the public confirmed. These productions are listed below in chronological order. Check out!

Loki
The series opens on June 9, 2021, a Wednesday, with weekly distribution by Disney +.

Black Widow
Film by the heroine Natasha Romanoff will be released on July 9, 2021 simultaneously in theaters and also at Disney + through the Premier Access feature.

What If…?
The animated series is expected to be released in the third quarter of 2021 (between July and September) via Disney streaming.

The Eternals
The feature film, directed by Oscar winner Chloé Zhao and with a large cast, should be released in Brazil on October 28, 2021. In the United States, the premiere will take place on November 5, 2021.

Ms. Marvel
The miniseries starring Kamala Khan (Iman Vellani) comes to streaming in the last quarter of 2021, still without a release date fully defined by the producers.

Hawkeye (Hawkeye)
The series by Cliff Barton (Jeremy Renner) has already finished filming and is due to be released in the last months of 2021, with no exact day confirmed so far.

Spider-Man: No Way Home
The new film sequence with Tom Holland will hit theaters on December 17, 2021. Like all other features, the production will possibly also integrate the Disney + catalog through Premier Access.

Black Panther: Wakanda Forever
The Black Panther sequel is expected to introduce some events to the series about the kingdom of Wakanda. The film hits theaters on July 8, 2022.

Captain Marvel 2
The feature film starring Brie Larson arrives in Phase 4 of the MCU with great storylines to be developed. The production will be launched on November 11, 2022.

Moon Knight
Starring Oscar Isaac, the original Disney + series has yet to set its debut month. The only certainty is that it will be streaming in 2022.

She-Hulk (She-Hulk)
With Tatiana Maslany in the lead role, the production will also be launched in 2022 on Disney +, without having its release month revealed so far.

Fantastic Four
Many tried to get this group in the theaters, but now the creator is betting their chips. The new Fantastic Four movie is expected to be released in 2023 in theaters and on Disney +.

Productions already announced that have no release forecast
Marvel has also been publicizing the planning of several major productions – both for cinemas and for Disney + -, but without revealing anything about their respective debut dates. In this way, we list all those series and films that have not yet had confirmed release predictions. Look!

Secret Invasion
The Disney + series will be based on a comic book miniseries of the same name, featuring several important characters.

Ironheart
The only information about this series so far is the participation of Dominique Thorne starring as Riri Williams, the Iron Heart.

Armor Wars
Focused on James Rhodes, the series will have the return of Don Cheadle and his character facing some peculiar challenges.

I Am Groot
The success of the Guardians of the Galaxy character Groot led to the announcement of a series of short films involving the character. It is not yet known how this production will take place.

Blade
To introduce your vampire hunter to the MCU, here comes a film focused on anti-hero Eric Brooks.

Deadpool 3
The third sequel to Marvel’s metalinguistic anti-hero is expected to arrive in theaters first and then available on Star +, the new streaming from Disney.

Untitled series
There are two productions that have been announced recently that must be still in their early stages. In addition to Ryan Coogler’s production on the Kingdom of Wakanda, there is also a spinoff for Gavião Arqueiro, whose protagonist will be the heroine Echo (Alaqua Cox).

Did you like it? Comment which of these productions are you most looking forward to checking out! 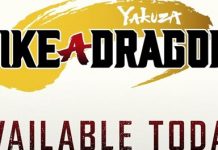 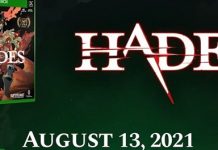