Home News Marvel: Confirmed! ‘Sersi’ and the ‘Black Knight’ will be the leading characters... 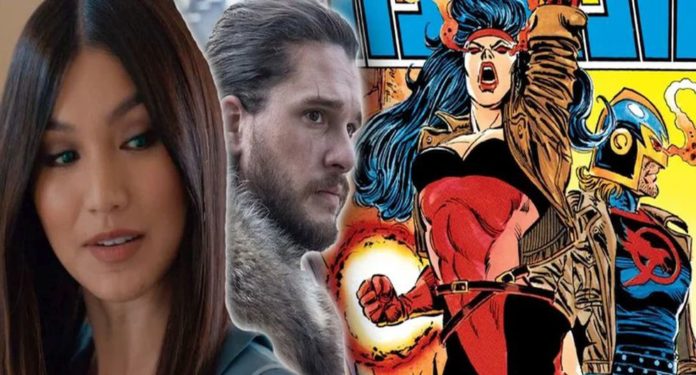 ‘The Eternals’ revealed who will be its protagonists. The Marvel Cinematic Universe is already talking about.

Although many fans are not surprised by the news, due to the fact that they already took it for granted, it seems definitively confirmed that the story of ‘ The Eternals ‘ will be based on Sersi and Dane Whitman ( Black Knight ).

We know that the cast will be full of stars; However, Sersi and Black Knight will be the protagonists. This was observed in the images of filming in London, where a romance between the two characters was confirmed.

Most comic book fans know the great story that these characters have together, as well as that they were part of the Avengers in the 90s. Because of this, there are reasons to believe in the prominence of these two new characters that will be introduced to the Marvel Cinematic Universe .

On the other hand, the romance between an Eternal and a human in comics is not strange. In addition, in the images shown in the CCXP last December, a possible story was shown that Ikaris and Sersi will star in, which would lead us to assume an alleged love triangle.

Melinda and Bill Gates: Under the Leadership of Young People, the...