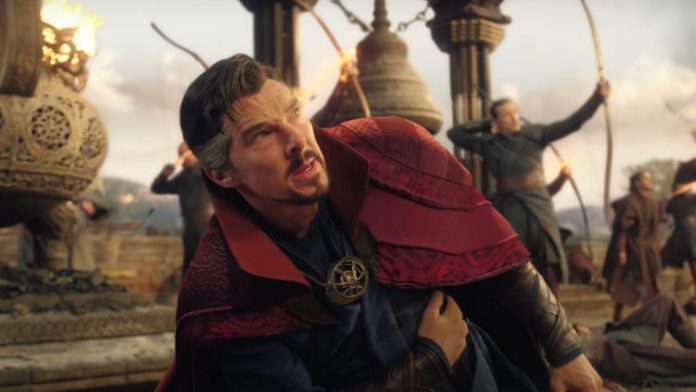 To say that the last couple of years have been strange would be an understatement, since the COVID-19 pandemic has shaken all areas of everyday life. Having limited our attention to the entertainment industry, one of the biggest shocks was the closure of cinemas for a long time, starting in March 2020. Although the pandemic is not over yet, cinemas were able to recover more than a year ago. And the Marvel cinematic universe has played a big role in this revival thanks to the release of Marvel films such as Spider-Man: No Way Home, Doctor Strange in the Multiverse of Madness and Thor: Love and Thunder. However, Marvel Studios president Kevin Feige wants people not to attribute his company solely to people who are returning to theaters again.

CinemaBlend’s Sean O’Connell spoke with Kevin Feige at Comic-Con in San Diego after the Marvel Studios Hall H panel, where the first trailer for “Black Panther: Wakanda Forever” was shown, the official Phase 5 plan was unveiled and some details about Phase 6 were revealed, among other things. Sean asked Feigi what it was like to “lead the work” of bringing people back to the cinemas after so many breaks, and the manager replied:

While “Black Widow” was available to watch both in theaters and on a Disney+ subscription (especially for people who paid for the Premier Access level) when it came out in July 2021, the following September it was Shang-Chi and the Legend of the Ten Rings. This marked the MCU’s return to releasing cinema-exclusive films. Since then, Marvel has achieved huge box office success: “Spider-Man: No Home” became the highest-grossing film of 2021, and “Shang Chi” took 9th place. Looking at 2022, “Doctor Strange in the Multiverse of Madness” and “Thor: Love and Thunder” respectively occupy 2nd and 7th places in the global box office hierarchy, and you can be sure that “Black Panther: Wakanda Forever” will attract a lot of people. to the theaters, too.

But, as Kevin Feige noted, viewers are interested not only in watching a superhero fight the forces of evil in the MCU. Last year, “No Time to Die” and “F9” were among the films that performed brilliantly on the big screen, and this year the highest-grossing films were “Jurassic World”, “Batman” and “Minions: The Rise of Gru”. And, of course, we can’t forget Top Gun: Maverick. Not only has the Tom Cruise sequel been critically acclaimed by both professional reviewers and the general public, Maverick is also the only film so far this year that has exceeded $1 billion. So while Kevin Feige is obviously pleased that people are eager to watch upcoming Marvel movies in a theatrical setting, he’s even more pleased that overall this kind of collaborative experience is back.

The MCU will return to entertaining people in theaters when “Black Panther: Wakanda Forever” is released on November 11. However, before that, Disney+ subscribers (will open in a new tab) should follow the premiere of the movie “The Hulk Woman: Sworn Attorney”. August 17th. Now you can also stream “Doctor Strange in the Multiverse of Madness” on the Mouse House streaming platform.