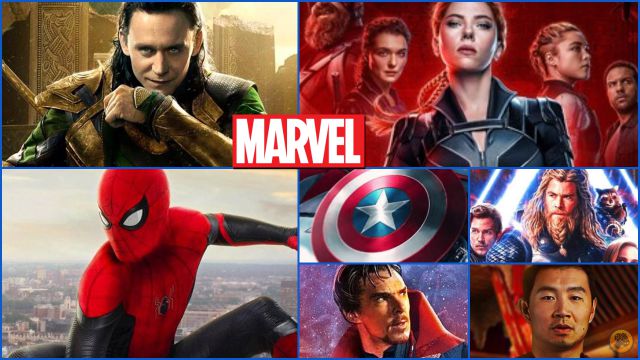 Marvel: We review all the productions underway for the future of the Marvel Cinematic Universe (MCU) at Disney after the premiere of Shang-Chi. Complete list. Disney has prepared a surprising array of films and series for the Marvel Cinematic Universe (UCM), whose name is increasingly appropriate for the name started back in 2008 with Iron Man. Since then, more than twenty productions since the Phases 1 to 3; but the arrival of Disney + changed everything. Not only because of the commitment to series within the UCM, but because some films also have something to say on the platform. Let’s know the date – if any – of all the films and series that will arrive in the Marvel Universe on the occasion of the premiere of Shang-Chi and the Legend of the Ten Rings in theaters this September 3.

Because if Scarlet Witch and Vision (WandaVision), The Falcon and the Winter Soldier and Loki have not been enough for you, prepare for what lies ahead; starting from last August 2021 with What If …? or Shang-Chi itself in September, which turns Phase 4 upside down. Disney + is an inescapable agent in this context, a platform to which you have to subscribe yes or yes in case you don’t want to miss out on anything. Thus, after the animation series What If …?, Where we see in independent and self-concluding episodes what would have happened if the evolution of according to what events had been different; Added to the young and predisposed Sang-Chi, the following appointments are Eternals on November 5, Spider-Man: No Way Home on December 17, Doctor Strange in the Multiverse of Madness on March 25, 2022 and Thor: Love and Thunder on May 6, 2022.