Home Entertainment Marvel Asks For Caution With The Rumors Of Spider-Man No Way Home:... 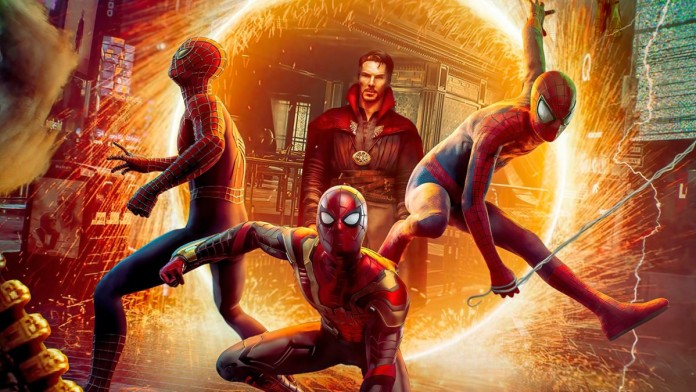 Spider-Man No Way Home: After months of rumors and leaks, the expectation for the new film of the wall-crawler as part of the UCM is maximum; Kevin Feige asks for calm. Spider-Man: No Way Home, the new movie of the arachnid superhero from Marvel Studios with Sony Pictures as part of the MCU, is getting closer and closer and the expectation to discover all the secrets and surprises of him is growing. And it is that we have months of rumors, leaks and confirmations that seem to point to the arrival of the Spiderverse in live action, with the hope of seeing the three cinematic Spider-Man together on the screen facing the villains of the previous sagas. In this sense, Kevin Feige, director of Marvel Studios, asks fans to be cautious, since although “some rumors are true, others are not.”

Thus, and through the last report in Empire magazine dedicated to Spider-Man: No Way Home and about which so much has been said during this last week, Kevin Feige himself wanted to send a message to fans warning them to be cautious with the rumors, so that they are not disappointed once they have the opportunity to see the film: “Rumors are funny, because many of them are true, and many of them are not true,” says the president of Marvel Studios.

“The danger is when you enter the game of expectations of wanting people to be excited by the film they receive, and not disappointed by a film they do not receive,” concludes the director of the UCM, warning that not everything that is said will happen in the movie and that can cause a feeling of disappointment among fans with too high expectations.

And it is that while villains such as Alfed Molina’s Doctor Octopus or Jamie Foxx’s Electro (in addition to the Green Goblin that would be played again by Willem Dafoe) have already been confirmed, both the Lizard and the Man are practically confirmed. of sand. To all this would be added the presence of the two previous Spider-Man with Tobey Maguire and Andrew Garfield, something that has been denied on several occasions by different members of the film’s team, including Tom Holland.

We will have to wait for a new trailer or perhaps already for the film that will hit theaters on December 17, 2021 to discover all the secrets of a film that aims to be a cinematic event.

How the second season ticket for Tiny Tina’s Wonderlands can improve...