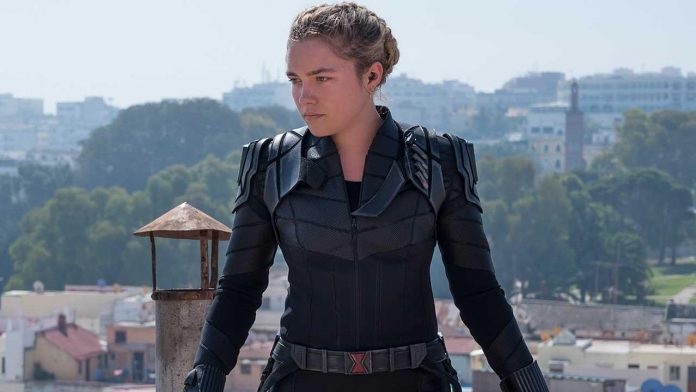 Marvel’s “Black Widow” has once again become a legal battleground between Marvel and its talents.

Elena Belova’s co-authors say they thought they had signed a contract giving them the right to $25,000 for the film “Black Widow” and various other related images, such as action figures and video games. Instead, they were paid only 5 thousand dollars.

“After talking to a number of creators, Marvel’s financial proposals seem to be something of a bait and switch,” artist J.G. Jones told The Hollywood Reporter. “They throw away a large amount, and then gradually reduce the actual payout.”

“It’s like a Publishers Clearing House lottery,” said writer Devin Grayson. “You can win $1 million, but you won’t win.”

There is even an agreement for the sale of toys and other merchandising, including the sale of figurines: $ 5,000 for one figurine released within one year, $10,000 for two or $25,000 for three or more. When it comes to video games, there should be no more than $30,000 between all the creators who have a character in the game.

Not exactly huge sums for real estate, which regularly brings billions of dollars to the company. Unfortunately, this is not the end.

According to The Hollywood Reporter, the contract includes language that will give Marvel broad authority to significantly reduce payments.

One way to do this is to split the $25,000 amount between the artist and the writer, which means Grayson and Jones were only ever entitled to the maximum amount of $12,500 each. To make matters worse, if a movie features more than one character covered by the Special Characters Agreement, the company has the right to split the winnings among all the creators involved in that movie.

Essentially, that initial $25,000 will be split among all interested parties, including those behind characters like Red Guardian and Melina Vostokoff. However, a Marvel source states that in these cases there is no ceiling for payments — it is likely that the studio paid more than $ 25,000 to all the artists and screenwriters involved in the film.

How much remains a mystery,

Another way Marvel is supposedly reducing its payouts is to classify some appearances as cameos. If a character appears in less than 15% of the movie’s screening time, it counts as a cameo, and it also reduces the amount the creators are entitled to.

Funnily enough, as THR notes, Captain America will be considered a cameo in Avengers: Infinity War after he appears for less than 7 minutes and 30 seconds.

Who is Elena Belova from the Black Widow?

In addition, the Special Character Agreement — the contract underlying this dispute — is said to include an NDA prohibiting writers and artists from speaking out. In many ways, the creators who refuse to sign the agreement are in a better position.

One such creator, Joe Casey, says he received no payment for using his character, America Chavez, in the recent comic book film Doctor Strange in the Multiverse of Madness.

“Maybe $5,000 means something to some guy in his 20s who doesn’t have a career,” Casey said. “For many of us who have been in business for decades, it sounds like an insult.”

Unfortunately, $5,000 sounds like a huge amount compared to a later payment.

After Elena Belova appeared in the recent series “Hawkeye,” Grayson expected to be paid $2,000 per episode in accordance with her contract. Instead, Marvel offered her just $300 per episode.

Of course, this is not the first time that “Black Widow” has become a source of litigation with star Scarlett Johansson accusing Disney of breach of contract in a lawsuit after the release of the film on Disney+. Johansson’s lawsuit has since been settled.

Want to know more about Black Widow? Check out our review of the recent Marvel comics movie and find out what place its villains occupy in our list of the best big villains.