Home Sport Martinez and Romelu Lukaku have Sanchez on “alert” 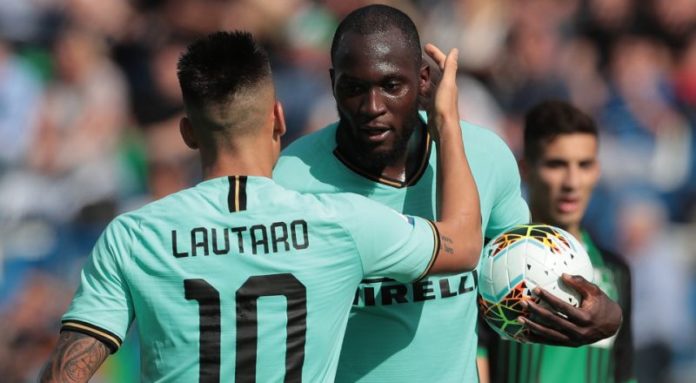 Alexis Sánchez lives days of uncertainty and, for the same reason, hurries his return to the courts. After the operation he underwent more than two weeks ago, the Chilean attacker reappeared in Inter Milan practices. And he did it with an “brace on his left leg.”

This after the surgical intervention after suffering a dislocation of peroneal tendons of the left ankle with retinal involvement in the friendly duel that La Roja played against Colombia, in Spain. The recovery deadlines will have him off the court until at least January 2020. The entire first phase of the Champions League will be lost, in addition to the matches of the November FIFA date in which Reinaldo Rueda will last try to the Selection before the Qualifiers.

And Wonder Boy knows that a complex task is coming. Moreover, taking into account the present that Lautaro Martínez and Romelu Lukaku go through in the Lombards. A couple of attack that at first seemed not to be complementary and that today seems more prolific than ever. If in the early days of Serie A, the Argentine found a single goal, now he looks like the star of Antonio Conte’s set.

In the last crossing where the Nerazzurri beat Brescia 2-1, the former Racing was responsible for opening the scoring at 23 minutes of the first part and with this goal already accumulates five goals in Calcio and seven in total in the season (two in Champions: Barcelona and Borussia Dortmund). All in thirteen commitments. It also records two assists.

In fact, his statistic speaks for itself: in the last six games with the interist jersey he scored six goals. Since his conquest against Juventus, the one born in Bahía Blanca has never stopped scoring, except against Parma. In addition, it is proving to be an important weapon in duels away from San Siro: in the last four crossings as a visitor, the scorer of the Albiceleste in the Scaloni era has scored four times.

Similar luck goes through the Belgian striker. From Sassuolo onwards, Lukaku’s performances have grown in both quality and quantity.

In 807 ‘defending Inter’s shirt in the domestic tournament, Sanchez’s former teammate at Manchester United records seven celebrations in 10 games. 9 of them as headline. The latter signed it precisely at Mario Rigamonti, in the past date. Of course, he still cannot record his signature in the Champions League, in the 152 ‘he has been contested.

So far, the tandem Martínez-Lukaku has scored 14 goals in the course, 11 in Serie A (of the 22 that marked the Milan cast). Since the 2012/13 season that the Lombard team did not boast of having two players in their ranks with at least five goals scored in the first ten league games: at that time were Diego Milito and Antonio Cassano. All these numbers suggest the great “headache” that lies ahead of the Chilean in his eagerness to win the position in the Italian store, in which, so far, adds just 63 minutes, a title and only one target.