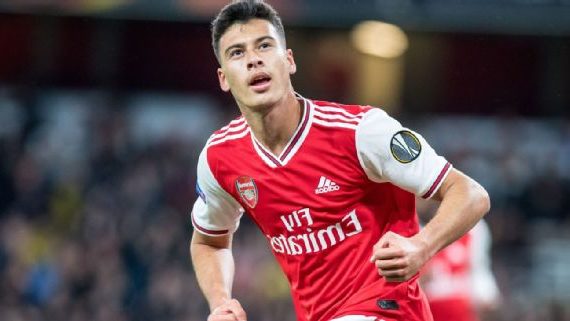 After scoring two goals in his debut as Arsenal’s starter against Nottingham Forest in the English League Cup, young Brazilian Gabriel Martinelli continues to Europe.

On Thursday, he had another chance in the opening 11 in the duel against Standard league, for the Europa League, and did not disappoint.

In just 15 minutes, the hired boy from Ituano scored two goals and made the crowd cheer crazy.In the first, he received cross from Tierney and hit a wonderful header to open the scoring.Shortly thereafter, in the next move, he made an individual move and finished with a beautiful placed kick.

The nickname refers to its first name: Gabriel.

With the two goals of this Thursday, the Brazilian already has more goals than games for the Gunners: four in three duels.

Martinelli, by the way, is the youngest to score two goals for Arsenal in a European competition – he is 18 years and 107 days old.

For the athlete, the London team paid about 6 million pounds.

The Liverpool midfielder suddenly shines in a new role: “He showed...