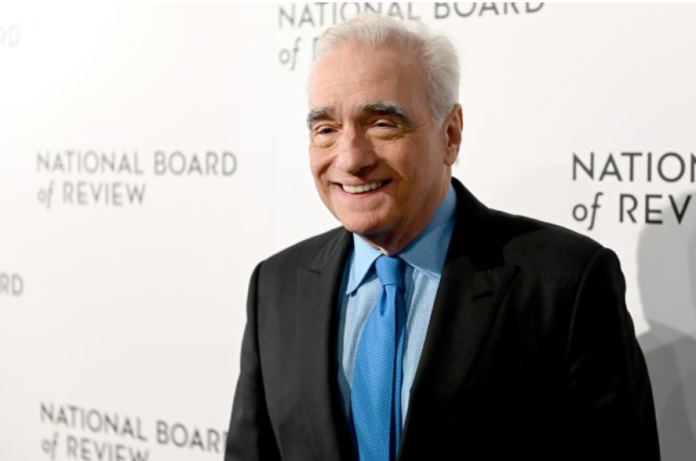 The synopsis describes Goncharov as “a former disco owner who came to Naples after the collapse of the Soviet Union.”

Then a fan poster for the film went viral, prompting others to create their own mood art boards, fake reviews and fan fiction around an imaginary project.

Now Francesca has confirmed that her father, the director, knows about the project. To do this, she replied to a TikTok user who asked: “Guys, do you think Francesca had to explain to her father Martin Scorsese that Tumblr…”, after which the video breaks off and goes to the video that Francesca shot herself.

Making a cheerful expression on her face, she shared with her father a screenshot of her text story, in which she sent him a link to an article about a fake movie and asked: “Did you see that?”

Then Martin replied, “Yes. I made this movie many years ago.”

While the fake film sparked new interest this month, Goncharov stems from a Tumblr post made a few years ago. In the post, the photo shows “fake shoes” that the user ordered online, with a tag on the tongue that reads: “The greatest mafia movie ever made. Martin Scorsese represents Goncharov.”

The post attracted wider attention in 2020 when it was reposted by another Tumblr user, writing: “This idiot didn’t see Goncharov.”

Scorsese’s next real film is The Flower Moon Killers, a crime western drama based on a series of murders in Oklahoma in the Osage tribe in the 1920s. The film stars Leonardo DiCaprio, De Niro, Jesse Plemons and Brendan Fraser.

Jack White is also scheduled to appear in the film along with fellow musicians Jason Isbell and Sturgill Simpson. The release of Killers Of The Flower Moon on Apple TV+ is scheduled for 2023.

PlayStation Plus Actually Has Fewer Games Than PS Right Now

Original X-Wing model from “Star Wars” sold at auction for $...