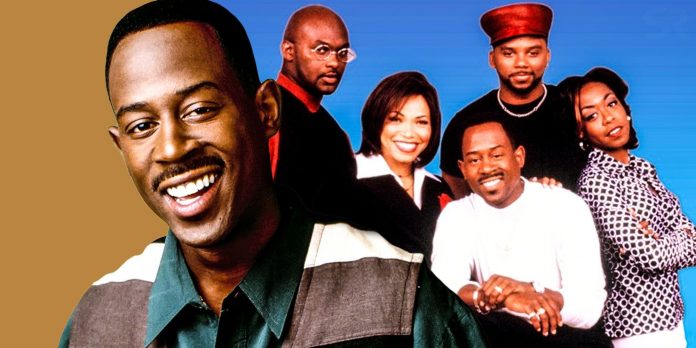 Actor Martin Lawrence shares his thoughts on a potential reboot of Martin. The series “Martin” premiered on Fox in 1992, and the series lasted 5 seasons, ending in 1997. The plot of the sitcom centers on Martin Payne, the disc jockey of the fictional radio station WZUP in Detroit, Michigan, and his girlfriend Gina Waters (Tisha Campbell). Earlier this month, a special reunion for Martin was released on BET+, featuring Lawrence, Campbell and other series regulars Carl Anthony Payne II, who played Martin’s best friend, Cole, and Tichina Arnold, who played Gina’s colleague, Pam.

Lawrence visited The Tonight Show starring Jimmy Fallon to discuss this week’s special reunion. During the interview, Lawrence shared his thoughts on a potential reboot of Martin’s show. Although Lawrence did not abandon the idea of the cinematic universe of Martin’s show taking place in potential spin-offs, he argued that Martin in his original form would most likely not return. See what Lawrence said below:

Link: How a Behind-the-Scenes Drama Forced Martin to Cancel After Just 5 Seasons

Fans can’t expect a Martin revival anytime soon. However, Lawrence said that he would like to see a movie with the character of Shenene, and promised that they would have “something”. What exactly remains to be seen. Martin departs from many other ’90s sitcoms that are making a comeback, such as “Will and Grace,” “Sex and the City,” “Full House” and “Frasier,” which are still in the making. But it can be good. Reboots often disappoint fans because they can’t live up to their expectations. Considering that Martin enjoyed such popularity and success while he was being broadcast, it’s better to leave everything as it is. However, avid fans can still immerse themselves in the special reunion, which is now streaming on BET+, and hope that a spin-off may happen someday.