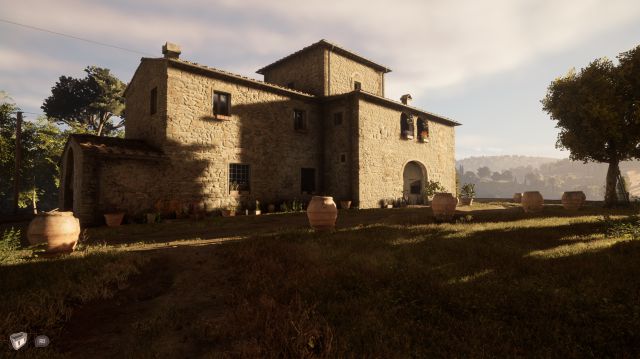 Martha Is Dead: A mysterious death takes place during World War II. In the skin of his sister and camera in hand, it’s up to us to discover the truth. If there is a genre that in recent years has become one of the favorite conduits for developers to tell horror stories, it is none other than the walking simulator. A model in full evolution, because every day there are more who dare to distance themselves a bit from said label with the intention of offering greater playable richness, and Martha is Dead, the controversial title of LKA and Wired Productions, is a good example of it.

A largely contemplative experience, yes, but one that does not give up putting on the table some brushstrokes of something as classic as traditional survival horror. A work that has been most interesting to us not only because of what it raises, but also because of the way in which it addresses some sensitive issues, making it the player, and not another, who feels that he plays a leading role in his disturbing story. .

The house of horrors

One thing we’d like to warn you about right now is that Martha is Dead is a particularly spoiler-sensitive game, as many gamers can’t imagine how many revealing moments they’ll witness during the game. For this reason, below we will try to put you in a situation without gutting absolutely anything. Because here we are not only witnessing a horror story that was born as part of an urban legend; also of the greatest horrors that exist: those that emerge within the human being.

The premise of the story places us in the Italian countryside, a beautiful setting in which, really, beauty is only present in that very thing, in the landscapes. Because here we put ourselves in the shoes of Giulia K., a girl tormented by the tragic loss of her sister, Martha. A terrible event that takes place in the middle of the Second World War, while we remain locked up —rather hidden— in a beautiful mansion. Our father, a German general, is hiding from the partisan forces. Our mother, very affected by misfortune, does not hide the fact that she feels more attached to our deceased sister than she does to us.

And so far we can tell you, because it would be a shame to ruin any detail, and the surprise factor is one of the keys to Martha is Dead. Because both the story, the staging and its development are the pillars of a title that successfully explores such delicate issues as depression, loss, grief and addiction, among others. It is true that in plot terms, the title goes from more to less, but it is that only the first hour of play already makes it worthwhile; In this sense, it has reminded us of the great moments that raised a work as successful as Silent Hill 2 to Olympus.