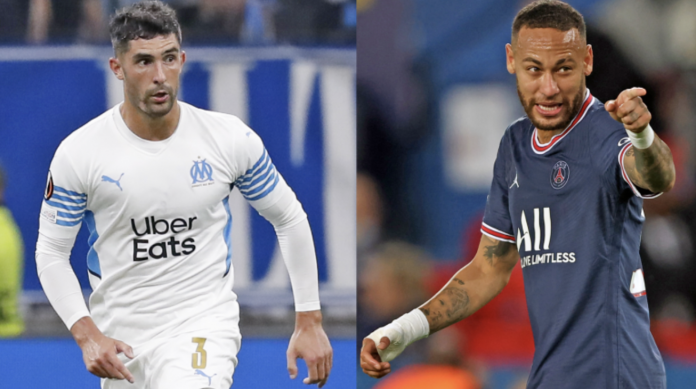 Paris Saint-Germain travel to bitter rivals Olympique de Marseille for Le Classique on Sunday with Mauricio Pochettino’s men top of the table and 10 points ahead of Jorge Sampaoli’s men who have a game in hand. OM have a new look after plenty of changes over the summer and their game in hand against OGC Nice could close the gap on PSG further — a sign of their improvement. Each side won away against the other last season, so it will be interesting to see who draws first blood this campaign.

Here is how you can watch the match and what to know:

How to watch Le Classique

Marseille: Two wins in their last eight across all competitions is not ideal but it is enough to remain in contention at the top end of Ligue 1 as they wait to take on Nice in their rearranged game to catch up with everyone else. Both of those victories have come at home and no travelling fans will create an unforgiving atmosphere for the visiting Parisien outfit.

PSG: Neymar is back and fit for this one while Mauro Icardi could also feature after a turbulent week away from the pitch. Lionel Messi will get his first taste of the Classique rivalry while Pochettino and his players need a convincing performance after no shortage of criticism in their fortunate Champions League win over RB Leipzig. Still, six wins from their last eight across all competitions is difficult to argue with results-wise.

On Le Classique, Pochettino recalled his experiences as a player in his pre-match press conference: “It is a special game,” he said. “You play for more than just three points. I experienced Le Classique as a player — we know that it will be different. Each Classique has its own history and emotions.

“Every derby is special. We have no fear. I hope that there will be rivalry, but only on the pitch. We are not thinking negatively about a potential streak ending. We are only thinking about winning. Marseille are aggressive. They are very direct when on the ball.”

🆗🗣️ Our Parisians and the coach speak about the #𝐂𝐥𝐚𝐬𝐬𝐢𝐪𝐮𝐞 🔥

💬 Mauricio Pochettino: "This kind of game is very important for us, for the fans, for the club." ✊🔴🔵 pic.twitter.com/ZjbXVq3jVn

Marseille: After picking up a knock against Lazio, Cengiz Under could well miss out for the hosts at Stade Velodrome on Sunday.

PSG: Pochettino has confirmed that Neymar and Mauro Icardi are back for PSG and available for selection in Marseille with the Argentine head coach saying of his compatriot: “Icardi is mentally strong. He will be in the squad. We are all here to help him. He has trained well and is available.” However, Sergio Ramos and Leandro Paredes remain out for Les Parisiens.

This will be like a Champions League game for PSG, and they will raise their game accordingly. OM will give a good account of themselves, but the visitors should just about have enough to get the win. Pick: Marseille 1, PSG 2.