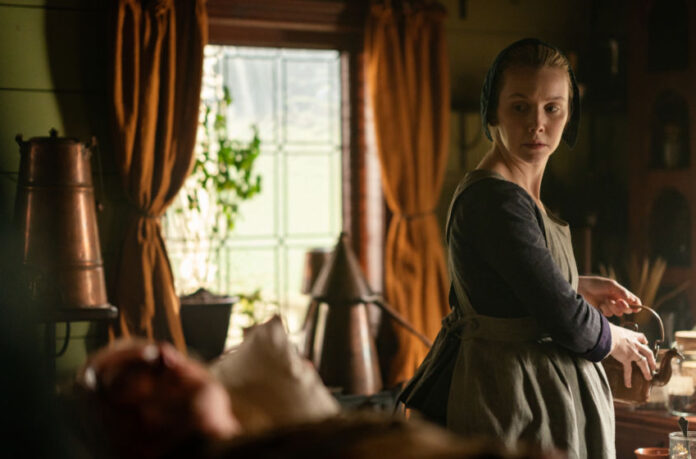 Outlander fans were hoping to see more of Marsali and Fergus in season five, but actress Lauren has promised there is much more to come for her characters.

Fans know that Marsali is expecting her third child with Fergus and was seen heavily pregnant for much of season five but the young mother could lose her unborn child in season six of Outlander.

Marsali was incredibly stressed out when Claire was kidnapped and attacked in the season five finale, which could affect her baby. She was also knocked to the ground when Lionel and his men arrived at the house to kidnap Claire in Outlander.

While Marsali was checked and appeared to be fine, without modern medical equipment, nothing is certain. If Marsali lost her son, it would undoubtedly bring back memories of Faith for Claire and Jamie Fraser (Sam Heughan) in Outlander.

Outlander and Diana Gabaldon fans know that in A Breath of Snow and Ashes, Marsali gives birth to her fourth child, a boy named Henri-Christian, who is stunted.

Meghan Markle was inspired by Lady Diana for her look!