Home News Mars was shaken by two earthquakes! here are the details 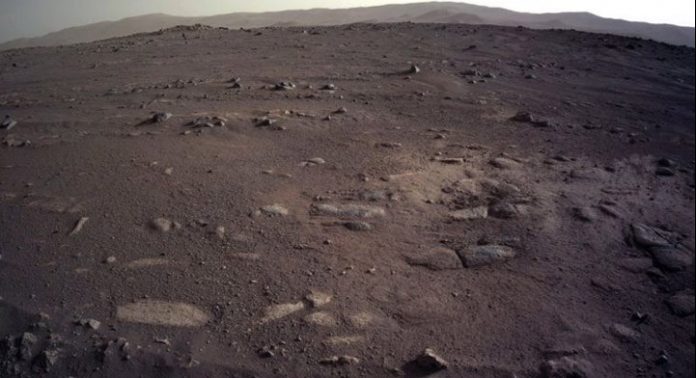 NASA continues to do research on the planet outside of Perseverance. In this sense, InSight, continuing the mission of the planet, recorded two new Mars earthquakes. Do these earthquakes perceived in March indicate that Mars is still active?

Mars earthquake not recorded for the first time

The InSight vehicle recorded two new Mars earthquakes on March 7 and March 18. The mild earthquakes of 3.3 and 3.1 magnitude in the region of Mars called Cerberus Fossae also sparked the discussions about the active planet.

The seismic spacecraft has recorded a total of 450 earthquakes since it landed on the planet in 2018. With these two new earthquakes, this number increased to 452. Scientists also take into account the possibility that these tremors could be a meteor strike. However, the research area of ​​the seismic vehicle weakens this possibility.

This area, called Cerberus Fossae, consists of steep cliffs where ancient volcanic plains intersect. The InSight tool also found evidence of previous landslides in this area. According to scientists, the volcanic history of the field may bear clues about the core of the planet Mars.

NASA has not recorded over 4 earthquakes on the planet so far. Scientists think that earthquakes that take place will not harm research.

The US space agency is also preparing for a manned mission to Mars. In fact, the Perseverance vehicle is also an important preparation for these tasks. Former US President Trump had not agreed to allocate funds for NASA duties in his early years. On the other hand, NASA, which solved the problems with the Trump administration in a short time, took an important step with Perseverance. NASA plans to fully solve the structure of Mars with its new vehicle and create infrastructure for the Mars mission.

Mars is also among the cornerstones of humanity’s search for a habitable planet outside of the earth. Other than NASA, countries such as China, Russia and India took action for Mars. The Tienvin-1 vehicle sent by China to Mars will be the first vehicle to land on Mars outside of NASA.

The Hope vehicle, sent by the United Arab Emirates (UAE), is the first orbital vehicle sent to Mars by a Muslim principle. The mission carried out by the UAE with its own means and with its own scientists has made a reputation in the world.

Hundreds of Germans Take Action for Tesla’s Factory in Berlin