Who has never lost patience with an electronic device and decided to “hit” it to see if it was back to normal? In the case of NASA, this worked very well. After carrying out a risky maneuver to recover InSight, which had been trapped on Martian soil, the agency announced that it had finally managed to install it properly.

The thermal probe had been out of research for more than a year. Nicknamed the “mole”, it is hoped that the adventurer can continue digging on her own, as planned – since, now underground, she no longer has to deal with the traps of the loose terrain where she was initially. 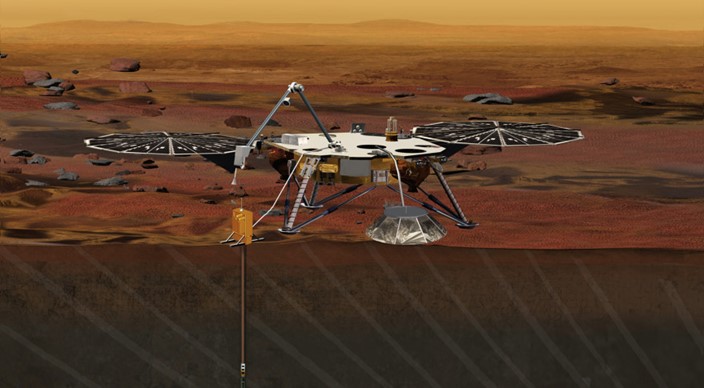 Don’t think that the difficulties stop there. In order for InSight to provide new information about the planet’s internal temperature, a drilling of almost 5 meters deep is necessary, which means that if something goes wrong again, it is likely that a single blow will not work this time.

Anyway, don’t think that the probe was off the hook all this time. While waiting to know how to get out of the mess, valuable data on Martian soil tremors and extraterrestrial sounds were captured – revealing curiosities about life, the Universe and everything.

Cancelled! El Tri will not play friendly against Costa Rica

The iPhone 12 could be delayed according to Qualcomm

The Risk of ‘Modified Influenza Virus’ Leaking from the Laboratories

Protons can be used instead of electrons in cancer treatment