Home News Mars Mole does not work! NASA gave up 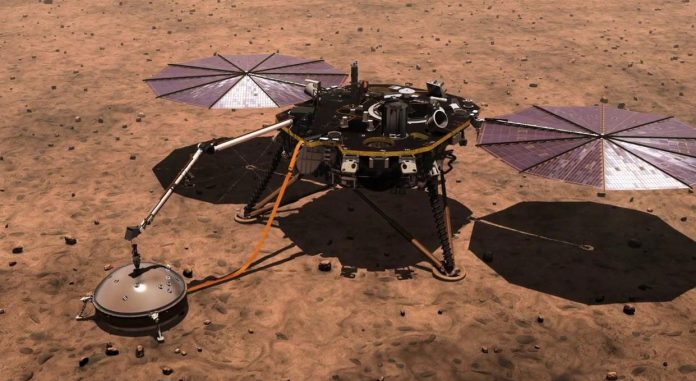 NASA announced in a statement that the mission built by the German Aerospace Center (DLR) and planned to plant the first underground mole on Mars has been canceled. The Mars Mole in question would convey important information about the underground workings of the planet.

The Space Agency’s InSight mission, which began with the landing on Mars in 2018, was carrying tools aimed at creating a detailed picture of the interior of the Red Planet. The device, designed specifically to measure how much of the internal heat of the planet escaped to the outside, was an important trump card for determining the extent of geological life. However, after 2 years of attempts, NASA made a statement announcing that it officially threw the towel about the project.

“Success is not guaranteed,” says Tilman Spohn of the German Aerospace Center, chief designer of InSight’s HP3 device. But it is also difficult to accept that this is the end ”. Thomas Zurbuchen of NASA said, “We are proud of our team as they strive to bring InSight’s mole deep into the planet. But it was surprising to see the problems fixed from millions of kilometers away. That’s why we take risks. We have to push the boundaries to learn what works and what doesn’t. We would like to thank our German partners from DLR for providing this instrument and for their cooperation ”.

When InSight’s missions are over, scientists will undoubtedly know more than ever about the state of Mars. However, the failure of the HP3 means the overall picture is blurry than many expected. While NASA’s focus these days is shifting away from geophysics and towards pristine rock samples, questions about the way terrestrial worlds work may remain unanswered.

6ix9ine’s “GOOBA” single is removed from YouTube for copyright