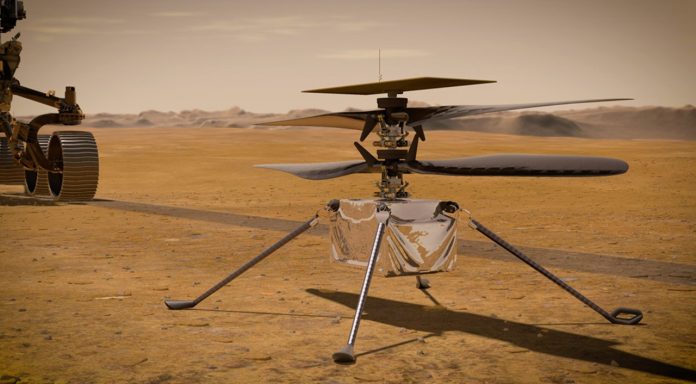 The US Aerospace Agency (NASA) landed the Perseverance Rover on Mars on February 18, 2021, as part of the Mars Exploration Program.

Perseverance Rover, which has been on the way to Mars for 7 months since its launch from Earth, started to explore starting from the Jezero crater of Mars after landing. A vehicle with a helicopter inside; In this way, it will expand the area of ​​exploration.

The traveler, with the helicopter, shared the first images after landing, and recently sent the first 16-minute audio recording. NASA, which had sent many vehicles to Mars before, this time placed a helicopter called Ingenuity inside the rover. This small helicopter will be the first vehicle to fly on another planet.

Completing the integration processes between the navigator and the helicopter; The team at NASA’s Jet Propulsion Laboratory (JPL) conducts final checks to make sure the system is ready. NASA announced that Ingenuity plans to begin test flights in the first week of April, depending on vehicle positioning and other details.

Ingenuity integration leader Farah Alibay and operations leader Tim Canham in the statements about the helicopter; He confirmed to Ingenuity that he was almost ready for his first flight. Also Canham: “At the moment the helicopter is still attached to the traveler. By charging the batteries, we keep it warm and satiate. The team is trying to choose a suitable location for the first test flight. ” made statements.

There were not too many rocks that could pose a danger for the team location; however, he is looking for a flat area where the surface has a sufficient hard texture, which the navigation cameras can use to navigate comfortably.

The process does not end with just finding a suitable place. Farah Alibay: “When we start the flight mission, the first thing we need to do is to understand the sensitive parts of the helicopter; It will be to lower the shield that protects it from the heat and vibration of the Mars landing. After that, we will go to the helicopter flight point a few days ago. When we get there, it will take about a week to deploy the helicopter. ” made statements.

It takes some time to deploy the helicopter due to its location within the traveler. For now, Ingenuity is packed comfortably and horizontally under the navigator. The helicopter will leave the navigator at the time of commissioning, and Perseverance will travel to a safe distance after leaving Ingenuity.

When is Consumer Day celebrated?