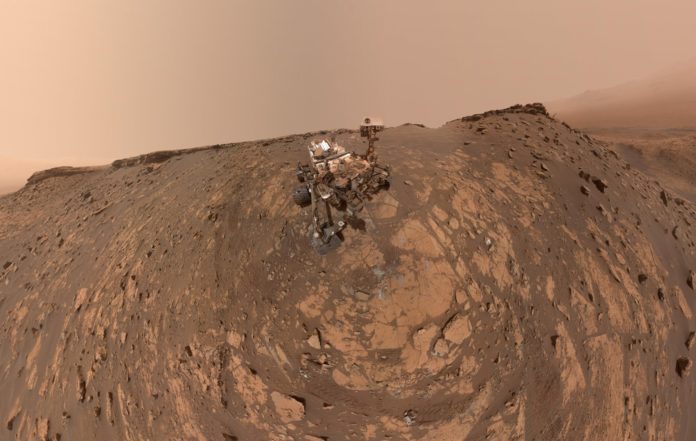 Curiosity, the discovery vehicle sent to Mars by NASA to analyze to get data on whether there was life billions of years ago, took a selfie before its steepest climb so far.

Neil Armstrong and Buzz Aldrin, the first people to set foot on the Moon on July 16, 1969 with the mission of Apollo 11, were engraved on the dusty pages of history, the first people to land on an extraterrestrial surface. After the Manned Moon mission was successful, the eyes turned to the Red Planet, Mars.

He was very excited by the science world, including whether Mars supported microbial life billions of years ago and the possibility of human beings living on Mars. Accordingly, NASA sent the first Mars mission Mariner 9 to orbit Mars on May 30, 1971. With the sending of this satellite, it became possible to land a spacecraft on the surface of the Red Planet.

Curiosity (Mars Science Laboratory), which was the 5th last in over 40 missions to Mars, was launched into the deep void of space on November 26, 2011. Curiosity exploration vehicle, which has features that can move on the surface of Mars and analyze the samples it has collected, has successfully landed on the surface of Mars on August 6, 2012 and continues to provide us with new information about Mars since then.

Curiosity sent a selfie before climbing.
NASA’s Mars scout Curiosity made its steepest climb to the “Greenheugh Pediment” rock layer at the peak of a hill during its tenure. Before his record climb, Curiosity took his own selfies, just below Greenheugh.

In front of Curiosity, which photographs 86 photographs at a height of 3.4 meters from the ground in order to show us the 360 ​​degree selfie, the hole that lies beneath the loose deposits such as soil or alluvium and which it drills to take samples from solid rock is remarkable.

The scout took 3 laps around it to scale before climbing the hill. Curiosity, which reached its most inclined position at a 31-degree angle on March 6, 2020 (2.696th Mars day), missed the 32-degree slope record recorded by the Opportunity in 2016 with only one degree difference.

Curiosity plays the birthday song alone every birthday – on a planet that has no living creatures living 800 million kilometers in diameter.

The truth about Harry Styles and his Faster involvement

Google Pixel 4a to be unveiled on August 3