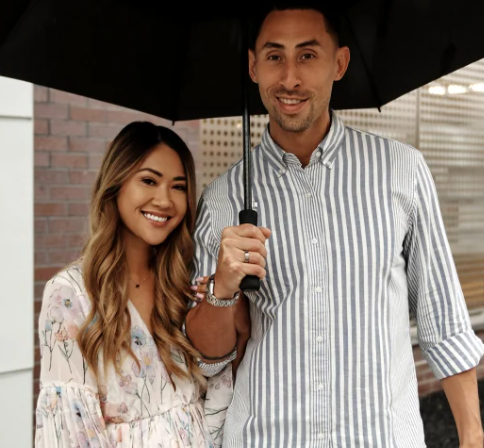 Do it your own way? Noah Fommasak from Married at First Sight says he doesn’t want to continue living with Steve Moy after “Decision Day.”

“No! That’s not what I’m talking about,” Noah insists. “I just don’t feel like I’m ready to live together.”

The Lifetime couple is already living together during the filming of the show. However, “Married at First Sight” couples live in a temporary apartment until the Day of the decision, and they will have to choose what to do with their permanent housing situations after the cameras leave.

“I’m talking to Noah about life after Married at First Sight,” Steve says in confession. “She told me she didn’t want to move after Decision Day, and that’s a little surprising to me. It’s not something I’ve ever even considered. I thought the move was just something that came along with it.”

The couple met at the altar at the beginning of the 14th season of Married at First Sight after being picked up by three relationship experts. They started living together, got to know each other’s families and spent every day together for the last two months.

— So you want to live together as a married couple for two months, and then get acquainted? — asks the software developer. — I do not know about it.

— For example, where to hurry? There is no reason.

Steve replies, “What do you mean, where to hurry? They were married.”

However, Noah insists that they don’t have to live together. “It’s just uncomfortable for me, for example, to completely combine our lives,” she says. — I’m just not ready for it yet.

When Steve tells her that she is “not ready for marriage,” Noah says: “I just don’t want to even deal with it.”

Subsequently, the groom becomes confused. “What are you talking about? We got married. What do you think we signed up for? he asked.

In confession, he says he wants more commitment from his new spouse: “I got married at first sight because I’m ready to start building a future with someone, and that’s something I take very seriously, and I hope my wife would be willing to do the same.”

He adds that he wonders if he should read between the lines. “Often Noah doesn’t express everything she feels, but I feel that she needs something else to be confident in me, in my job status and how things are going in this regard,” he says. “I’m not sure if that’s the case in this case, but if it ends up that way, then yes, I think it would be unfortunate that I have to do this just to prove something to her.”

Steve tells Noah: “You say you’re not ready for marriage.”

Noah says he is wrong and is “exaggerating.” She claims: “Many married couples live in different places.”

The freelancer is more worried about his future than ever. “It bothers me because just as she’s not sure about my employment status, I’m not sure because how committed are you really if you have a spare seat that you can stop at any time and go back there?”

The 14th season of “Married at First Sight” airs on Lifetime Wednesdays at 20:00 ET.