Home Crypto Market Review: Only Those 5 Altcoins Are Green As Bitcoin Crashes! 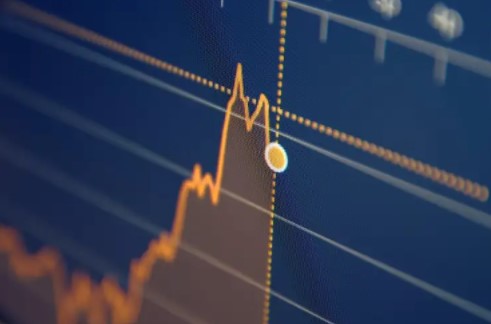 Bitcoin (BTC) fell heavily and even dropped as low as $47,700 against the US Dollar. Bitcoin is attempting a recovery wave above the $47,000 and $47,500 levels. This has also affected the overall cryptocurrency market, with many coins appearing to be on the decline. But meanwhile, 5 altcoins in the top 100 by market cap are trading on the green board.

The cryptocurrency market started the first day of the week with a general bearish wave. The total cryptocurrency market value dropped to $2.33 trillion, displaying a 4.6 percent loss. However, there were also some altcoins that gained value. The first of these is Algorand. ALGO is up 9.58 percent in the last 24 hours. Recently, Borderless Capital announced that it has launched a $500 million fund to support the Algorand ecosystem. Announced via a blog post by the Algorand Foundation, the capital will focus specifically on decentralized applications, liquidity mining services, lending, borrowing, yield farming, as well as NFTs.

The second coin that rose the most was the Basic Attention token (BAT). According to experts, crypto traders have flocked to BAT, probably because of its relatively low positive correlation with top digital assets. According to data tracker Cryptowatch, the 30-day correlation coefficient between Basic Attention Token and Bitcoin was 0.24, the same value as Ethereum was 0.27.

Third, Waves (WAVES), a multi-purpose blockchain platform that supports many systems such as decentralized applications and smart contracts, gained as much as 4 percent. In fourth place is PancakeSwap (CAKE). PancakeSwap is an automated market maker (AMM) – a decentralized finance (DeFi) application that allows users to trade tokens, raise liquidity through farming, and get paid in return. CAKE will be burning the CAKE coin this week.

Finally, Huobi Token (HT), the native token of cryptocurrency exchange Huobi Global, rose. HT is a decentralized entity based on the Ethereum Blockchain and is ERC-20 compliant. The value of HT is partially dependent on the reputation of the Huobi crypto exchange. However, the reasons behind his recent rise are not known for certain.