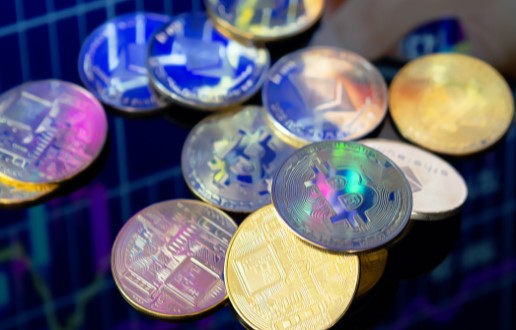 The cryptocurrency market has been facing declines for a while. So much so that with the decline experienced in the past day, the leading cryptocurrency Bitcoin (BTC) fell to the level of $ 38,000.

In addition, with Bitcoin accelerating the decline, there were also great losses in altcoins. However, as of today, Bitcoin and altcoins have started to record some recovery.

Here is the latest situation in Bitcoin and altcoins;

Bitcoin (BTC), the largest cryptocurrency in terms of market value, has lost a critical level with the recent declines. So much so that BTC fell below $ 40,000 as a result of these decreases.

With Bitcoin falling below this level, the decline accelerated. The flagship cryptocurrency touched the $38,000 level yesterday morning, starting a new downtrend.

However, as of today, BTC has changed direction again and started an upward increase. As a result of this increase in Bitcoin, the price managed to rise above $ 39,000 again.

As of the time of writing, the leading cryptocurrency Bitcoin (BTC) continues to trade at $ 39,278, with a decrease of 0.98% in the last 24 hours, according to CoinMarketCap data.

With the crypto money market starting an upward increase, altcoins also started to move. This upward movement in the flagship cryptocurrency Bitcoin also had a positive effect on the price of altcoins.

However, the popular altcoin later changed direction and started an uptrend. As of the time of writing, Ethereum is trading at $2,741, up 1.78% in the last 24 hours, according to CoinMarketCap data.

On the other hand, when we look at Binance Coin (BNB), we see a similar increase in the leading altcoin. The popular altcoin started a decline to the level of $ 377 after the drop yesterday.

BNB then started an upward movement with Bitcoin changing direction and started an increase. BNB is currently changing hands at $390, up 0.80% in the last 24 hours.

Binance Lists These Two Altcoins! Prices Are On The Rise