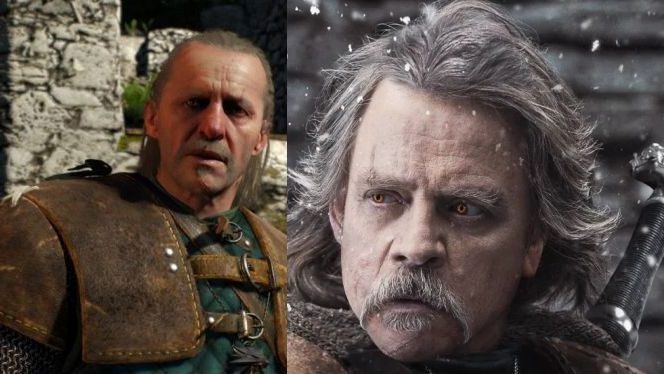 The Witcher, which Netflix brought the legendary series to the screens, will also give life to Geralt of Rivia’s Vesemir in its second season. According to some claims, an offer was made to Star Wars’ legend, Mark Hamill, for this role.

Netflix’s The Witcher series, which aired in December of 2019, received quite a bit of criticism from some people, but was subjected to some pretty bad reviews from others. Netflix’s series has been criticized for not being able to fluently tell the story of the legendary series in the first season.

The claim that Mark Hamill was offered for the role of Vesemir:
Vesemir is the greatest mentor and trainer of Geralt of Rivia, which we closely follow in The Witcher series. It is a name loved by many people thanks to its role in the series. According to some news, a proposal was made for another legend to bring this legend name to the screens.

According to the news of We Got This Covered, Netflix offered Mark Hamill for the Vesemir character, which will come to life in the second season of The Witcher. Although the news has not yet been accurate, we are very excited to have the chance to see it in the legendary name The Witcher, which we know from the Star Wars series.

In fact, before that, Mark Hamill shared a tweet on The Witcher stating that he wanted to play Vesemir. Responding to the tweet of the producer Lauren S. Hissrich about Vesemir, Hamill replied to a fan’s words, “Maybe it can be animated by Mark Hamill,” “I agree with the promise that it should be played by me.”

Of course, Mark Hamill was making humor in his reply to his fan. However, later the official The Witcher Twitter account shared a photo with Mark Hamill’s face glued to Vesemir. Of course, this was also a joke. Despite all this, will we really be able to see Mark Hamill in The Witcher, we will learn about it in the coming days.