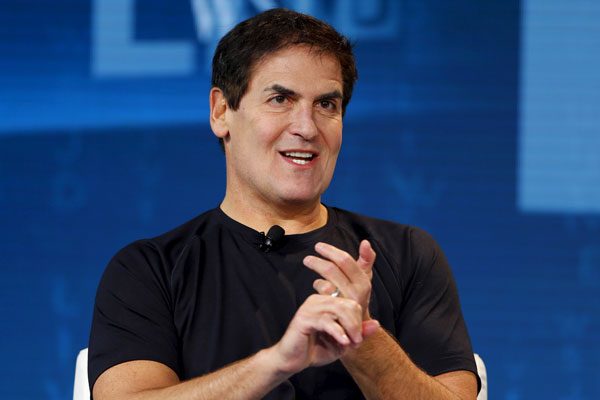 Mark Cuban, an American dollar billionaire businessman and owner of the Dallas Mavericks of the NBA team, talked about blockchain technology, smart contracts and NFTs .

Commenting on NFT prices reaching crazy levels, Cuban said, “We are at the early stages of the new technology era now. “As time passes and people come, prices will also calm down,” he said.

NFTs, whose prices can sometimes reach hundreds of thousands of dollars; digital art represents the work of music or films and is seen as an asset. NFTs, which can be bought and sold like physical assets, can be tracked whether they are valid and authentic and who own them since they were registered on the blockchain, a decentralized digital wallet.

One of the most important features of the NFT industry is that the creator of the work can be paid. For example, when an NFT-based piece goes on sale and is purchased by a buyer, the authenticity and ownership of digital art can be proven by blockchain.

According to Cuban, here lies the value of NFTs, which is the controversial subject of the recent period:

“The technology is real. The boom, the attention shown is real and continues continuously. Where the blockchain, smart contracts, and the market form, they will stay where they are. In this way, the arts, music and cinema industries will continue to survive. “

Finally, an NFT-based video clip known as Beeple and prepared by artist Mike Winkelmann was sold for $ 6.6 million after the original owner bought it for $ 67,000.

The crypto art product of the imaginary cat Nyan Cat, who moves forward in space with a rainbow behind him, was also sold at the auction for 590 thousand dollars.

NBA Top Shot, the NFT platform where short video clips of popular NBA players are bought and sold, has also sold a total of $ 280 million to date.

He made money for his team from NFTs

Cuban has already started to make money for his club from NFTs… The owner of the Dallas Mavericks sold many digital products through auction the day his team faced the Phoenix Suns.

Cuban also has an NFT-based digital asset called “Maxi Kleber dunk moment”… The successful businessman thinks this product is as valuable as a physical sports card. Stating that he will not sell this product, Cuban said that similar products of the same asset are sold at prices ranging from $ 35 to $ 800.

These DeFi Coins Have Rally Started: Here’s Why and Expectations!