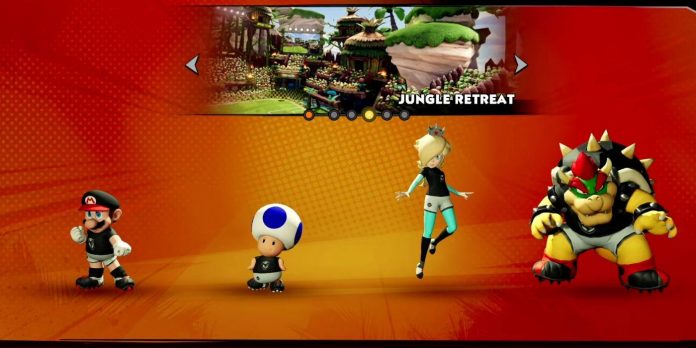 One of the main joys of sports games like Mario Strikers: Battle League is the opportunity to play with your friends and acquaintances. While confronting complex AI in various cup battles can be an exciting football experience, the multiplayer mode is a key element that will ensure the longevity of player engagement. Accordingly, Mario Strikers: Battle League offers users three ways to play with their friends.

Quick Battle in Mario Strikers: Battle League is the first and fastest way to start a match with friends. This feature provides three multiplayer game options. The first is a Single Console, which allows up to eight players to play on one console. Naturally, this method will also require a sufficient number of Joy-Cons and controllers. Next comes Local Wireless, a mode that allows up to eight players to connect wirelessly with a local connection. Local Wireless allows you to use up to two players per Switch. Online game is the third Quick Battle mode, which is a little more complicated than the previous two.

Link: How to Make the Perfect Pass in Mario Strikers: Battle League

The online game has three options for participating in a multiplayer game. The first is Play Anywhere, which allows the user to randomly fight with other online players. In addition, they can team up with a friend before getting in line. Then “Join Friends” is a method that allows another friend to join the user in his online Mario Strikers game. Keep in mind that to do this, players must be friends in their Nintendo/Switch accounts. Battle Friends is the third online game feature that removes random numbers from the equation and allows players to fight with their local and online friends.

Play with friends in the Mario Strikers Battle League

Cup Battles is the second multiplayer mode in Mario Strikers: Battle League, in which up to four players on one switch can participate in various tournaments against the game’s artificial intelligence. Keep in mind that this mode is only available offline. The third and final variant of the multiplayer game is Strikers Club, the main online mode in which players are likely to spend most of their time after cup fights. Unlike Quick Battle and Cup Battles, Strikers Club offers rankings, seasonal stats, clubs and other tournament-style features to keep football fans engaged in Mario Strikers. Up to two players can play Strikers Club locally via a single switch, and up to four users can play online using separate systems over the Internet.

Grey’s Anatomy: Meredith’s serious mistake that could cause the patient’s death