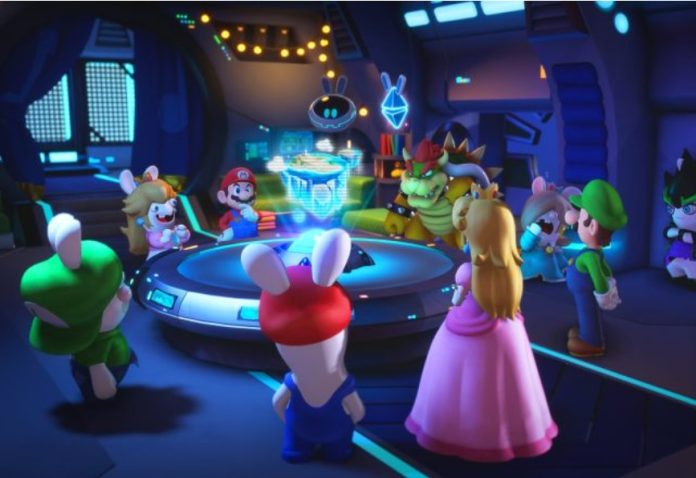 The first DLC, The Tower of Doom, is only available to season pass holders.

Ubisoft has shared some details about the downloadable content (DLC) that will be available to owners of the Mario + Rabbids Sparks of Hope season pass.

Those who have purchased the Mario + Rabbids Sparks of Hope season pass will receive three DLC packs in 2023, starting with The Tower of Doooom, which is due to be released in early 2023.

The first DLC for the game is intended only for season ticket holders, and in it Madame Bvastrella will instruct Mario and his friends to save his friend Spawn. To do this, the gang will have to get to the top of the multidimensional tower. The DLC also contains a new combat mode, which Ubisoft promises will provide “extremely strategic battles”.

The second DLC, as yet unnamed, should be released in mid-2023. The unnamed DLC will take players to a “charming” new planet where they will “explore new worlds, meet funny characters, discover secrets and fight new enemies.”

The third and final DLC, also as yet unnamed, is scheduled to be released at the “end of 2023”. As Ubisoft teased earlier, the platform hero Rayman will return in this DLC, who will team up with Rabbid Peach and Rabbid Mario.

Those who have purchased the gold version of the game already have a season ticket. For those who do not want to fork out for a season pass, the second and third DLC will be available for purchase separately. However, Tower of Doooom is only available to season ticket holders.

Describing it as “a set of pure joy that provides sparkle for all ages,” Mario + Rabbids Sparks of Hope impressed Andy Brown in his four-star review for NME, who praised the game’s complexity and charm.

“Ubisoft has an excellent grasp of Nintendo’s platforming charm, and combined with the more absurd humor of Rabbids Sparks Of Hope can turn even the most avid speedrunner into a finisher tourist combing through each level in search of the next joke or side. – quest.

As for other gaming news, CD Projekt Red reported that Sebastian Kalemba has been appointed game director overseeing the new Witcher trilogy.