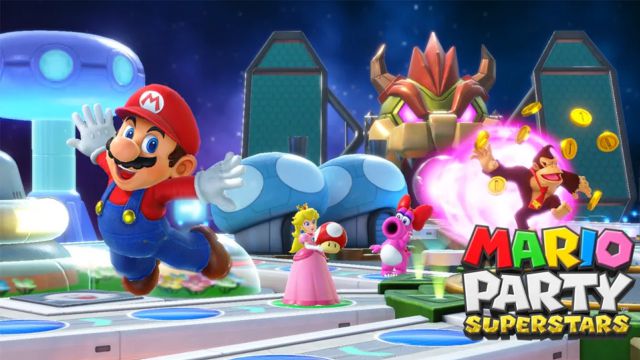 Mario Party Superstars: The party in the Mushroom Kingdom explodes with all the usual fun of the Nintendo saga, which bets on the game in company. The Nintendo Direct party has started. And what better party than Mario Party Superstars? The new installment of the fun board game has appeared again after a while in silence, perhaps preparing everything necessary for the competition to start. The Japanese company has given us a little more of what is to come, all in trailer format, which you can see just below these lines.

In the video, we have been able to see some of the mini-games, which take place both during the day and at night. After rolling the dice, our friends from the Mushroom Kingdom jump into competition with each other. And may the best or the luckiest win? Be that as it may, the game is now available to pre-order on the Nintendo eShop just a month before its release.

On the 25th anniversary of Nintendo 64, it is good to remember the sagas that were born on that console. In addition to Super Smash Bros., Mario Party was released on the 64-bit machine of the Japanese. The first three titles arrived on this platform and featured some of the most beloved minigames by fans. To celebrate, this new video game for Nintendo Switch will include five classic boards from the late nineties. The objective, as always, will be to get the greatest number of stars and coins, in order to torpedo the rest of the rivals.

As for the minigames, the Super Mario firm has promised the 100 most relevant classic video games, which means that these are not limited only to the Nintendo 64 deliveries, but also other additional ones from GameCube and other systems will be included. Of course, you can use the joy-con, but also the Pro or Nintendo Switch Lite controller.

Mario Party Superstars is an exclusive video game for Nintendo Switch. Its launch is scheduled for October 29.

How To Use The “Disney Pixar” Filter On Snapchat And Be...