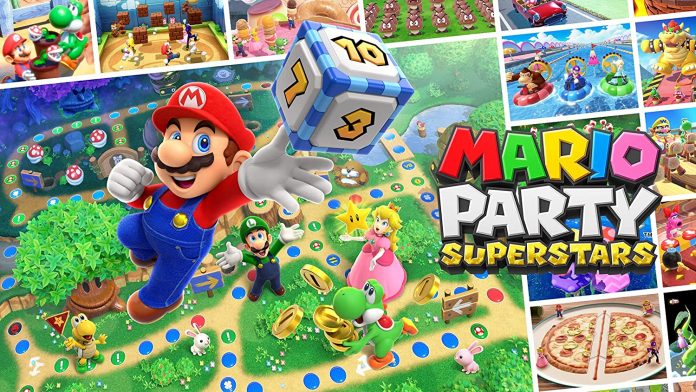 Mario Party Superstars: The classics of Nintendo 64 and the entire saga return in this new exclusive video game for Nintendo Switch. Look to the past to enjoy the present. That is what Mario Party Superstars promises, the new game in the saga that will be released exclusively for Nintendo Switch. Through a press release, those from Kyoto have distributed a new trailer, which you can see just above these lines. It focuses specifically on the classic minigames, several of them rescued from the original Nintendo 64: in total there will be 100, also from other titles in the series.

In the trailer we can see five classic Nintendo 64 Mario Party boards, Yoshi’s tropical island, the special station, Peach’s birthday cake, the wooded forest and the land of terror. All of them have been redesigned for the Switch version and will include unique events. On this occasion, they have implemented an online multiplayer mode, which allows you to start a quick session with friends or face the party in 30 turns.

Other news that appear in the trailer

Mario Party Superstars comes with stickers. Players can communicate with their teammates through them, “while scouring the board in search of stars.” On the other hand, the sleep function when playing with friends is activated. “They are automatically saved before starting a new turn,” so it’s easy to take a break before continuing your game.

The Mount Minigames is another novelty. This is a fast burst of mini-games that offers seven different circuits: free play, sports, puzzles, coin, pair, challenge three, survival and daily challenge. The 100 included minigames are divided into 4 players, 2 against 2, 1 against 3, duels and more. All of them are played with the classic controls.

Mario Party Superstars will be released on October 29 on Nintendo Switch.