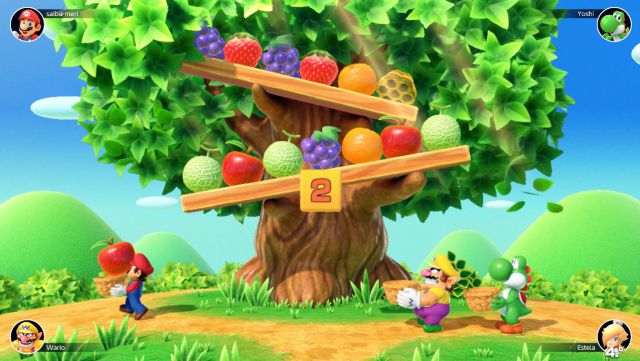 Mario Party Superstars: Review with note of Mario Party SuperStars for Nintendo Switch, a new installment of the famous saga where classic minigames with updated graphics are collected, online and more. To speak of Mario Party is to make it of one of the wardrobe games that the user of Nintendo consoles can always count on. The original trilogy for Nintendo 64 surprised and liked at the time. It mixed table and dice game dynamics with entertaining minigames that exploited one of the platform’s characteristics, the four players locally thanks to two ports for the controls. But quickly the saga was carried away based on deliveries that were distributing good ideas with not so optimal executions, minigames that took advantage of the console on duty with other forgettable ones and a feeling of certain stagnation with ups and downs.

The last of the installments, Super Mario Party, managed to timidly raise his head with greater agility in the management of the board, musical tests taking advantage of the motion control and a good variety of tests. It was not a revolution, for the record. And now, three years later, Superstars appears, which wants to make a difference with two main characteristics: the first, to be a compilation-tribute to the main installments of the saga with renewed graphics; and the second, the first iteration that looks at online gaming with a face and eyes. And with good results.

Little in boards and with simple minigames

The new Mario Party does not fool anyone out. It has five boards recovered from the original Nintendo 64 trilogy and a compilation of 100 minigames, many of them coming from the same first three games, with a no lesser selection of proposals from the saga on Gamecube and touches from other later installments. All of them with a common denominator: their accessibility. Forget about minigames with motion controls or similar, common in the latest installments. Here are compiled simple proposals in the control: the left stick to control and at most some action button, in addition to the classics of crushing the control as quickly as possible.

This translates into very direct tests and for all audiences, since you quickly know what you have to do almost without needing the tutorial. Simplicity is a double-edged sword for Mario Party Superstars: on the one hand we will understand what we have to do but on the other, several of the minigames that repeat mechanics and proposals with each other.

Why RHOBH Fans Are Unhappy with Lisa Rinna’s Constant Apologies