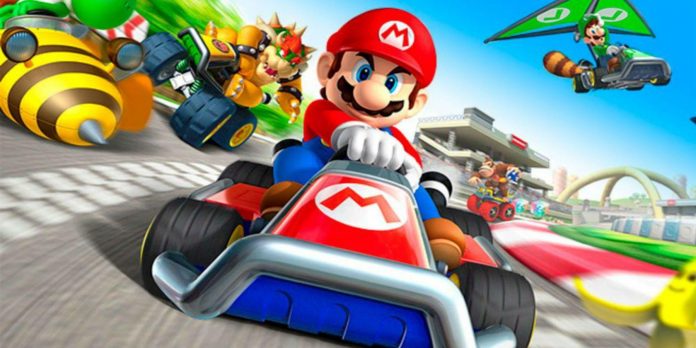 Gacha games have become a taboo topic over the past few years; so named because of their similarity to Japanese gachapon slot machines that give out random collectible figures for a small fee, free mobile games such as Star Wars: Galaxy of Heroes, Raid: Shadow Legends and Mario Kart Tour have long been criticized for emphasizing random loot drops, which often require the investment of real currencies to launch. Fortunately, a recent announcement from Nintendo confirms that Mario Kart Tour will soon remove these widely maligned features.

When Mario Kart Tour was launched in 2019, it allowed players to earn things like drivers, gliders, maps and tickets by shooting them out of a green pipe. In fact, this is a rebranding of the widely criticized loot box mechanics found in many similar games, the Mario Kart Tour version was important for the player’s progress because it provided items that offered distinctive in-game advantages. Although there were no chances to earn duplicate items, and Nintendo reported the probability of dropping items, it nevertheless turned Mario Kart Tour into a pay-to-win game.

Although the number of Mario Kart Tour downloads in 2021 exceeded 200 million, the game has angered many long-time fans who resented the influence of gacha on the long-standing series of go-karts from Nintendo. Now, about three years after its debut, Nintendo has announced that the tube system will be replaced by the Spotlight store in the upcoming October update. The Spotlight Store will allow players to use rubies to directly purchase desired items, excluding any random items. For some, this may take away the thrill of getting rare items, but given the desire of some countries to reduce or completely ban loot boxes, this change definitely seems appropriate.

Nintendo is not the only publisher that wants to do away with the loot box mechanics; Activision Blizzard, the company often credited with the craze for loot boxes, will abandon loot boxes in the upcoming Overwatch 2. In the new part of Overwatch, priority is given to the combat pass system, which has become increasingly common over the past few years.

Mario Kart Tour implemented something close to this early on; the Gold Pass provided players with certain rewards, as well as access to certain races and modes. However, instead of a more traditional battle pass system with seasonal content requiring a one-time entry fee, the Mario Kart Tour Gold Pass required a monthly subscription. Overall, Mario Kart Tour’s departure from gacha mechanics may be a step in the right direction, but the mobile game still focuses on revenue rather than racing.

Bachelorette Party: Michelle admits that she became happier after breaking up...

Ironheart: Character To Debut on MCU in Black Panther 2