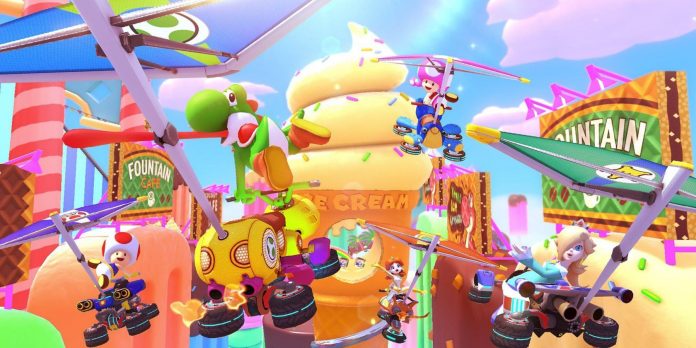 Earlier this year, rumors began to spread about the release of a new Mario Kart. While Mario Kart 8 Deluxe has been a huge success in sales and is still very popular, many fans hoped that the next iteration would even open up more to include other Nintendo franchises, potentially becoming a Super Smash Bros.-style racer. However, Nintendo surprised everyone during its live broadcast in February 2022 when it announced a Booster pass rate instead.

Instead of a full sequel, Nintendo has introduced a long-term DLC for Mario Kart 8 Deluxe, where over time six waves of 8 levels, both updated and new, will be added to the game. Although fans can purchase the pass themselves, the content will be included for subscribers of the Nintendo Switch Online Expansion Pack, which will further increase the value of the service. While the first wave was launched back in March and included fan favorites like Coconut Mall, Nintendo finally revealed the second set of courses, as well as its release date.

Other Propeller cup tracks include Sydney Spring from Mario Kart Tour, Snow Land from Mario Kart Super Circuit on Game Boy Advance, Mushroom Gorge from Mario Kart Wii and an original Wave 2 track called Sky-High Sundae. The original track draws inspiration from desserts with a huge ice cream sundae in the center of the course, hot fudge and pieces of popsicle that can be transported, and many others. Mario Kart 8 Deluxe players can try out all 8 fields starting from August 4th.

Nintendo still has four waves left in the Booster Course Pass, which will last until 2023. Given the time gap between waves 1 and 2, it looks like Nintendo is set to release new tracks every 4-5 months, which puts Wave 3 sometime in December or January. Although there were no official hints about which courses might be included, data miners may have stumbled upon future Mario Kart 8 tracks, including classics like Vanilla Lake, and even Double Dash tracks like Waluigi Stadium. However, things can change, and with at least 4 original tracks, there are many more surprises waiting for you.

Mario Kart 8 Deluxe is already available on the Nintendo Switch.

MultiVersus: How to unlock more characters