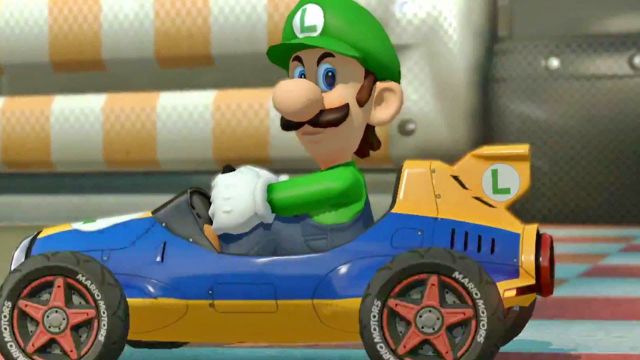 Mario Kart 8: The Nintendo Switch title becomes the favorite of physical players during the week of Black Friday in British lands. Mario Kart 8 Deluxe has become the most successful game on Black Friday 2021 in the UK. The Nintendo Switch title has been the best-selling video game of the week from November 22 to 28, a week marked by offers, promotions, packs and massive sales pushed by these discounts. Nintendo’s incombustible driving title continues to add up and has been imposed on other commercial titans such as FIFA 22, Minecraft, Call of Duty: Vanguard, Animal Crossing: New Horizon or Pokémon Shiny Diamond and Shining Pearl.

One of the reasons that have allowed Mario Kart 8 Deluxe to be at the top of the video game sales rankings in the United Kingdom during this Black Friday is the standard Nintendo Switch pack + MK8D + 3 months of Nintendo Switch Online for 289 euros that they have marketed during this period, a strategy that has served the Japanese company to position its console as the best-selling video game platform during the week of Black Friday in British lands. We remember that in the United States the Xbox Series S was the most successful console.

Nintendo Switch breaks a new record in the UK: its best ever week

With these data, Nintendo Switch has signed a new record: it has been the week with the highest sales in its entire history in the United Kingdom. They had never sold so many units of Nintendo Switch in a period of seven days in these lands. The most striking thing is that it has achieved it in its fifth year of life, which shows not only that it has not reached its peak of popularity, but that the Kyoto giant is right in saying that its hybrid machine is in the middle of its life cycle (with more than 92 million units sold worldwide until September 30).

Thanks to this console + game and subscription promotion, Mario Kart 8 Deluxe has improved its sales by 567% compared to last week, one more example that console packs with games continue to be a successful formula for companies, that manage to obtain higher turnover for each individual purchase and guarantee the sale of (at least) one video game when selling a console.

The future of the Mario Kart saga is currently unknown. With a Mario Kart 8 Deluxe that is already the best-selling of the entire saga thanks to its surprising 38.74 million copies sold worldwide —in less than five years—, it surpasses the 37.38 million Mario Kart Wii , which once seemed unattainable. At a distribution rate of several million copies sold each year, a hypothetical Mario Kart 9 may be made to beg for even a little more.

Apple Music Offer for Students: How to Get Beats Flex Headphones...