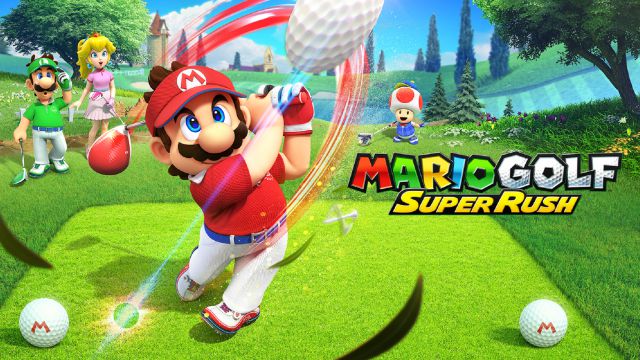 The new title in the saga will introduce a story mode, as well as new game modes and other novelties to take into account.

After a period of lethargy, with small events and lightning announcements, a new Nintendo Direct has finally been issued, the space that the Japanese company reserves for its game announcements, this time focused on titles that are already on the market ( like Super Smash Bros. Ultimate) and those that will arrive in the first half of 2021. One of them will be Mario Golf Super Rush, which will arrive on Switch on June 25.

The veteran Nintendo saga returns with motion controls, although the buttons can also be used. The game will introduce a single player mode, but not everything will be focused on the solo user. Among the multiplayer modes will be fast golf, which will make us run at full speed through the grass.

A period of anniversaries

If 2020 marked Super Mario’s 35th birthday, 2021 will also be a year of celebrations. The Legend of Zelda was released in 1986, which means Link will be blowing out that same number of candles very soon. He is not the only character who is getting older. Samus Aran has gone more unnoticed, but the Metroid saga reaches 35 years of existence. As you might expect, it remains to be seen the products that will serve to commemorate these important events.

Unfortunately, the coronavirus situation has not yet been fixed. Despite the fact that countries have already begun to administer vaccines, we are still far from reaching the necessary level of immunization. In this way, Link and Samus will have to settle for something similar to what happened in Mario’s case, without face-to-face events. At least the plumber has his space in Super Nintendo World, the theme area of ​​the Universal Studios Japan amusement park.

Regarding the software, the Kyoto team released the compilation Super Mario 3D All-Stars, which will no longer be available on March 31, as will Super Marios Bros. 35, an exclusive battle royale for Nintendo Switch subscribers. On-line.