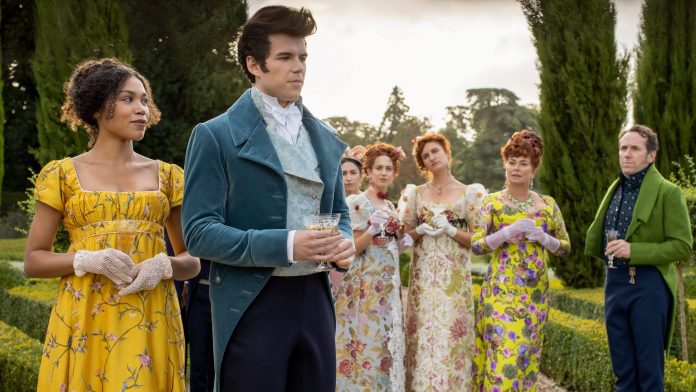 In Bridgerton, it is clear that all young people are curious about sex, but the adults in their lives are never frank with them and that leads to some devastating consequences.

With Bridgerton set in 19th century regency-era London, being sexually active before marriage was one of the most outrageous things a person could do.

Lady Featherington of Bridgerton might not have meant to imply that pregnancy is literally contagious, but she feared that Marina’s “corruption” could spread to Penelope, Prudence, and Philippa.

Lady Featherington’s concern could have been that her daughters learn how sex works and then get pregnant themselves or, more likely, that people find out about Marina’s pregnancy and sentence the entire family to exile.

But Lady Featherington’s desperate attempt to keep her daughters away from Marina had the desired effect, a confusing choice of words made Penelope even more interested in finding out how Marina got pregnant to prevent it.

Whether intentionally or not, Bridgerton presents several examples that illustrate the importance of being clear and frank with children regarding the issues of sex, consent, and pregnancy.

While Bridgerton sends some mixed messages about modern perceptions of sex and sex ed, simply broaching the subject so openly makes Bridgerton unique among period dramas.

See Also
She described how she filmed her sexual scenes

RM is considered one of the best leaders in K-pop