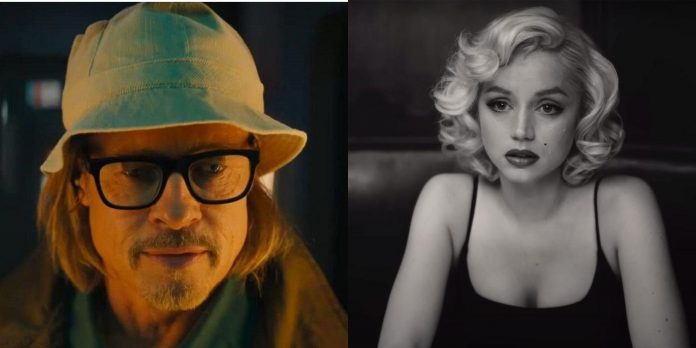 Last week, the first trailer for the biopic about Marilyn Monroe “Blonde” was released. Since then, star Ana de Armas has been showered with praise for the depth and vulnerability with which she fills the role of Monroe. However, she also caused a negative reaction from some viewers due to her Cuban accent. More recently, Brad Pitt and the Marilyn Monroe estate itself have come out in defense of de Armas’ performance.

Marilyn Monroe was born Norma Jean Mortenson in Los Angeles, California, in 1926. During her glamorous film career, she became an icon of American femininity and a sex symbol that defined the 1950s. For this reason, some fans are outraged that she is played by Ana de Armas, a Cuban, in the upcoming Netflix movie “Blonde.”

Brad Pitt, who is producing the film and is the sole owner of its production company Plan B Entertainment, said in a statement to Entertainment Tonight that he fully supports de Armas in the role of Monroe. “She’s phenomenal at it. It’s a complicated dress. It took 10 years. It was only when we found Ana that we were able to cross the finish line.”

In addition, Mark Rosen, president of entertainment at Authentic Brands Group, which owns the estate of Marilyn Monroe, spoke in support of the role of de Armas. “Based on the trailer alone, it looks like Ana was a great candidate for the role, as she conveys the glamour, humanity and vulnerability of Marilyn. We can’t wait to see the whole movie!”

De Armas, for her part, has previously talked about how much effort she put into preparing for the role. “We’ve been working on this movie for hours, every day for almost a year,” she told Netflix’s own publication, Netflix Queue. “I read Joyce’s novel, studied hundreds of photos, videos, audio recordings, films—everything that came to my hand.” She also paid special attention to improving her accent: in an interview with The Times of London earlier this year, she said she had gone through “nine months of dialect training, practice and several ADR sessions” to work on her accent.

Despite the negative reaction, most of the responses were extremely positive. For the award-winning actress, her role in the film was one she couldn’t resist. “I knew I could do it,” she told Vanity Fair in 2020. — Playing Marilyn was a breakthrough. A Cuban playing Marilyn Monroe. I wanted it so badly.”

“Blonde” will be released on Netflix on September 28.

Tales of Arise Set Aside Multiplayer To Focus On The Story