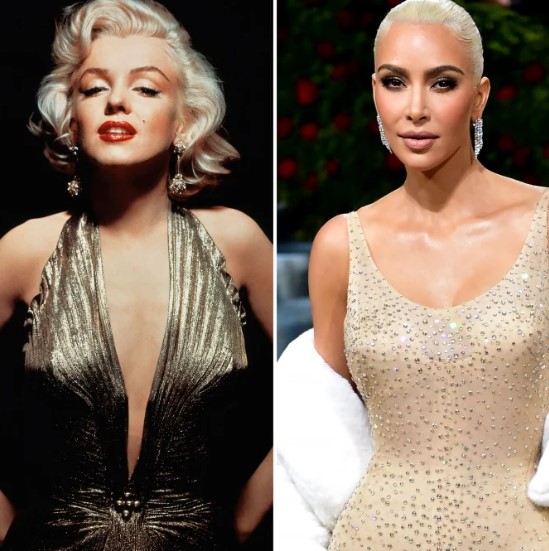 The debate over Kim Kardashian’s image at the 2022 Met Gala continues. Bob Mackie, who drew Marilyn Monroe’s infamous “Happy Birthday” dress, made it clear that he was unhappy that the Kardashian star borrowed the dress for a fundraiser earlier this month.

“I thought it was a big mistake,” the designer told Entertainment Weekly. “[Marilyn] was a goddess. A crazy goddess, but a goddess. She was just fabulous. No one takes pictures like that. And it was done for her. It was designed for her. No one else should be seen wearing this dress.”

The 41-year-old Kardashian made a splash at an event in New York on May 2 when she stepped out in a 1962 dress in which Monroe sang “Happy Birthday” to then-President John F. Kennedy. The dress, created by Jean Louis, for whom Maki was working as an assistant at the time, was provided to the founder of Skims by Ripley’s Believe or Not! However, the museum allowed Kardashian to wear a real dress only for a short period of time. Then she turned into a copy.

“There are all the problems with the actual preservation of the dress, and things like oxygen can affect the dress,” Turner Classic Movies host Alicia Malone, who is promoting the “Follow the Thread” series with Maki, told EW. “Usually these outfits are stored in very controlled conditions, and we see this on the example of the Metro. The Costume Institute is so careful about how they handle these historical things. So it was quite disturbing that she was able to wear it. I personally would like her to wear a copy, not the real thing.”

Malone added that “you can draw a lot of parallels between Marilyn Monroe and Kim Kardashian,” but called the reality star’s decision to wear a dress a PR move.

“Marilyn Monroe also loved to create sensations, as she did with this nude dress. In addition, these are women who have changed the ideal of beauty of the moment,” the presenter said. “Marilyn Monroe, when she appeared, her forms became very popular in the 1950s. And we see a lot of young women struggling to look like Kim Kardashian. For better or worse, she has changed the ideal shape of a woman’s body.”

Kardashian’s image caused controversy from the very beginning, when she admitted that she lost 16 pounds in three weeks to fit into a dress.

“It was or nothing,” she told Vogue before the Met. “[A few weeks before the Met Gala], I wore a sauna suit twice a day, ran on a treadmill, completely excluded sugar and carbohydrates and ate only the purest vegetables and protein. I didn’t starve myself, but I was very strict.”

Kardashian also stressed that she is “extremely respectful of the dress and what it means to American history,” explaining: “I would never want to sit in it or eat in it or risk hurting myself in any way.” that, and I won’t be wearing the makeup I usually do. Everything had to be precisely calculated, and I had to practice climbing the stairs.”

The Hulu personality has yet to respond directly to the backlash surrounding her appearance at the Met Gala, but earlier this month she shared a cryptic Instagram story, “teachable” moments.