Home Celebrity Marie Osmond receives the Golden Rule Award for her activism: “I am... 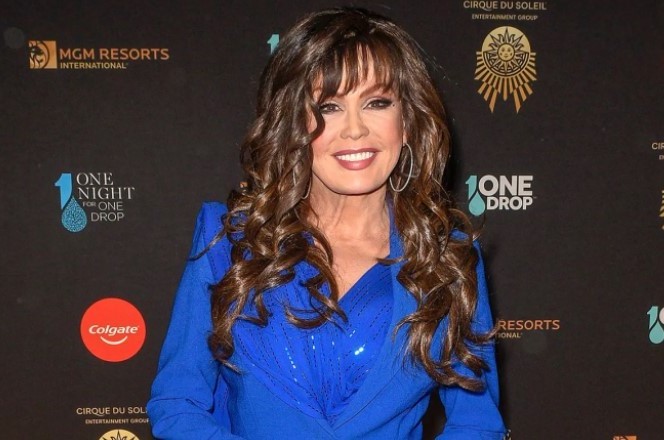 A reward with meaning. Marie Osmond has collected many trophies during her career, but her latest award is not a recognition of her outstanding career — it’s all about her activism.

The 62-year-old singer of Unexpected received the Paul Eppinger Award at the Golden Rule Awards banquet in Mesa, Arizona, on Thursday, April 7. The event is sponsored by the Arizona Interfaith Movement, which aims to promote support and tolerance of various religions around the world. The organization emphasizes the importance of the Golden Rule, which, in their opinion, is the central principle of most major religions.

“It is a great honor for me to receive the Paul Eppinger Award from the Arizona Interfaith Movement,” the women’s health and well—being advocate tweeted on Wednesday, April 6, before the ceremony. “I can’t wait to see you all tomorrow.”

The award is named after the late Paul Eppinger, an interfaith leader who led a campaign in Arizona for the state to recognize the Dr. Martin Luther King Jr. holiday. Interfaith Champion” who “tried on the Golden Rule through concerts and events in Idaho and Hawaii to promote interfaith understanding.”

In an interview with AZTV, the author of the book “Behind the Smile” said that she considers understanding and empathy important. “I think we need each other more than ever,” she explained last month. “We need to unite and unite. It really touched me to be honored. Since I was a child, I have always believed that people should have the freedom to worship the way they want. This is a part of our great country, and this is respect for each other. We can learn so much from each other, can’t we?”

In addition to promoting religious recognition, Osmond is a tireless advocate for the Children’s Miracle Network, a nonprofit organization that raises money for children’s hospitals in the United States and Canada. Since the CMA Award winner co-founded the group in 1983, it has raised more than $7 billion for children’s institutions.

“I believe in bringing people and communities together,” the Dancing with the Stars participant told AZTV about her work with CMN. “People love each other.”

While the Utah native is busy with her career, charity and family, she still manages to find time to take care of herself. For Osmond, that means eating healthy after losing 50 pounds and keeping the weight off for 15 years with Nutrisystem.

“I don’t allow myself to gain more than five pounds overweight, usually on holidays or something like that,” she told Closer earlier this year. — You know, I’ll eat a little more. One week off and you know, you’re back to your game and you’re feeling great.”

The true story of how Thyra died

Liam Payne says he is happy that One Direction has decided...