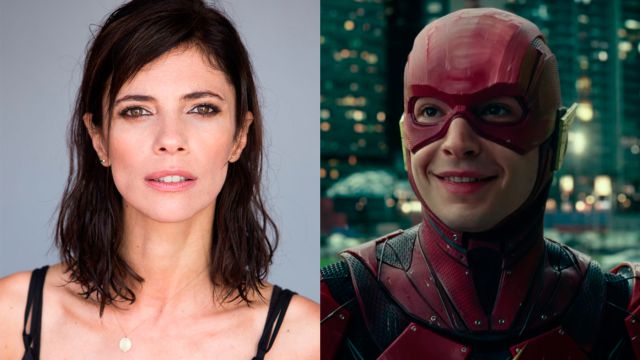 Production of the upcoming Warner Bros. and DC Flash movie as part of the DC Extended Universe is progressing apace with different cast announcements. So much so, that the Spanish actress Maribel Verdú has been confirmed as Nora Allen, the mother of Ezra Miller’s Barry Allen; And the fact is that the famous actress in our country has already starred in blockbusters such as Pan’s Labyrinth (2006) or And Your Mom Too (2001), with which she will now appear in an entire Hollywood blockbuster in a key role according to The Hollywood Reporter .

Thus, Maribel Verdú joins a spectacular cast that includes names such as Ezra Miller himself as Barry Allen / Flash, Sasha Calle in his debut as Supergirl or the Batman of the past such as Michael Keaton and Ben Affleck, all of them under the direction of the filmmaker Andy Muschietti, author of the two recent installments of the horror classic It. Unfortunately, a departure from an actor already seen in the DCU is confirmed as Billy Crudup in the role of Henry Allen, the father of Barry Allen / Flash.

And it is that the actor, apparently, has not been able to reconcile his agenda with the shooting of Flash, with which he has finally decided to abandon the role of father of Barry Allen; Let’s remember that Billy Crudup already briefly played Henry Allen in Justice League in a couple of scenes in prison with Ezra Miller. At the moment there is no confirmation on which actor will take his place and if this is really the case.

In addition, another of the actors who will not finally be in the Flash movie is Ray Fisher (Cyborg in the DCU), due to the differences between the interpreter and Warner Bros., all after his accusations about abuses of power by the director Joss Whedon during the Justice League reshoots. The shooting of Flash is expected to start on a date yet to be specified between this spring and summer in the United Kingdom.

Nightmare Alley, A Spectacular Trailer For The New By Guillermo Del...