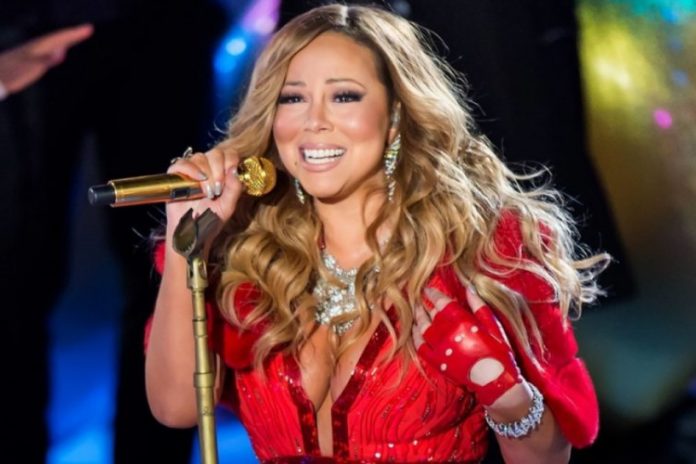 Mariah Carey had a little glitch on Twitter. A hacker grabbed his account to drop a sharp bite to rapper Eminem.

Mariah Carey was ashamed of her life on Twitter! The star had his account hacked. And the hacker took the opportunity to deliver a little message to Eminem. Not sure the rapper appreciated the joke elsewhere …

Few people know, but know that Mariah Carey and Eminem have dated in the past. Their romance (although it was short) actually started around the year 2000. Some media claimed that the diva was heartbroken when the latter ended their story. When questioned about this, the interpreter of “All I Want For Christmas Is You” has always denied the facts. For her, they never went out together!

For Mariah Carey, it’s even the opposite! It’s the Detroit rapper who’s totally obsessed with her. The height! In any case what is certain is that Eminem does not really carry the singer in his heart. In many hits, the rapper bluntly tackles him. Much later, Hailie Jade’s dad then openly mocked her ex-husband Nick Cannon in “Lord Above”. Who is telling the truth? The mystery remains!

MARIAH CAREY’S TACLE AT EMINEM MAKES THE BUZZ ON TWITTER!
But that’s not all. During a tour, Eminem also released “very hot” messages that Mariah Carey would have left her in the past. The videos are also available on YouTube. Stung to the heart, the diva had then pinned the rapper (without saying his name) with the title “Obsessed”. You understood it well, it is quite complicated between the ex-lovers.

Meanwhile, Mariah Carey had a nice surprise on Twitter. A hacker grabbed his account to drop a bomb on the web: “Eminem has a little bi **”. It didn’t take more for some internet users to cry scandal! Faced with outcry, a survey was then carried out on the social network. Twitter also admitted that the star’s account had indeed been hacked. Amused, the singer just wrote on her account: “I’m taking a nap and that’s what happens …”!

ATEEZ: Know the stature of all the members of the group