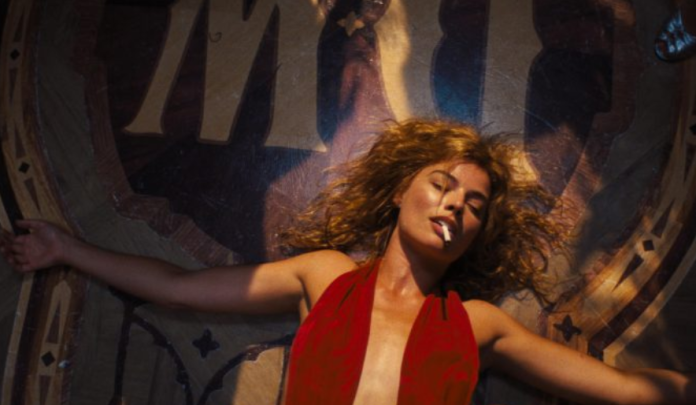 The “Birds of Prey” star opened up in a “Actors about Actors” conversation for Variety along with Carey Mulligan, discussing the “crazy, wild” scenes of the new film.

Mulligan called the opening scene “this extremely depraved, crazy, wild party” featuring “a lot of people wearing very little or no clothes at all.”

“When I read the script, I thought that Sweet Life and The Wolf of Wall Street had a baby-and I love it,” Robbie continued. “But I thought, can we show it? Do we have the right to show it?

“There were so many scenes where I thought: a) I have no idea how I’m going to do it, and b) are we going to get away with it?”

Today (December 16), the first trailer was released, revealing the first look at Robbie in the image.

The actress recently revealed that she was “saddened” to see photos of her and Ryan Gosling on set leaked online.

“By the way, I can’t tell you how upset we were,” she told Jimmy Fallon about the leak. “We look like we’re laughing and having fun, but we’re dying inside. Dying. I thought it was the most humiliating moment of my life.”

When Fallon asked Robbie if she realized the images would go viral, she replied, “No!”

“I mean, I knew we had exteriors that needed to be shot in Los Angeles. I knew, well, as soon as you do the exterior, you will be swatted. There will probably be a small crowd of people who will stand out because, you know, we stand out a little bit in these outfits.

She added: “So I knew there would be a bit of attention, and maybe some photos would get there, but not the way it happened. It was like madness. It was like hundreds of people were watching.”