Home Entertainment Mare of Easttown: all about the HBO series premiere

Mare of Easttown: The debut of Mare of Easttown, a new HBO drama series starring Kate Winslet, took place this Sunday (18) and has already caught the attention of viewers. The plot follows Mare Sheehan, a Pennsylvania detective who wants to solve the case of a murder of a 20-year-old girl.

All about the debut of Mare of Easttown

The series begins with Mare receiving a call from her neighbor, Mrs. Carroll, complaining about a man who spies on her home. Although annoyed, she listens to the woman’s report and reminds her that she better call the police station directly when something strange happens.

When she goes to work, Mare is informed that a new detective has been hired to help her look for Katie Bailey, a 20-year-old girl who has been missing for a year. The first time she investigated the case, she was unsuccessful, but her boss insists that the case should be revisited.

In the debut episode, we realized that Mare is basically responsible for solving any problem that appears in the city. She barely had time to find a cage for her godson’s tortoise when she gets a call about a theft at the home of Beth Hanlon, her friend. Beth knows that the culprit is her brother, Freddie, and Mare finds him when she is going to the crime scene.

The detective chases him on foot and ends up twisting his ankle on the way, but manages to capture him. And the day hardly started!

Still at the premiere of Mare of Easttown, we already met the protagonist’s family. Her mother, Helen, and her teenage daughter Siobhan help her put frozen potato chips on her ankle to ease the pain. After everything that happened in that short period of time, Mare finds out that her ex-husband, Frank, is engaged again and her entire family found out before her.

The two go to the engagement party instead of participating in the celebration of one of Mare’s games while she was still in high school. Upset, she goes to a bar and meets writer Richard Ryan, who has just moved. The two go out together, but Mare dismisses him saying that her life is too complicated.

The next day, Mare is awakened with a call to inform her that the body of Erin, a teenage mother we also know in this episode, has been found. The mysteries have begun!

The first episode of Mare of Easttown served as a way to get to know the characters and the life of the protagonist better, in addition to launching a new case that should be connected with that of Katie Bailey.

What did you think of the HBO series premiere? Leave your comment below! 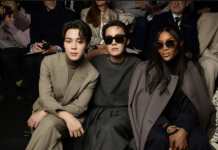 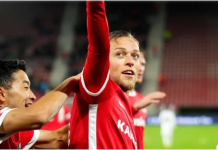 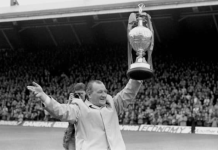 Horizon Forbidden West: How To Complete The Embassy And Death’s Gate