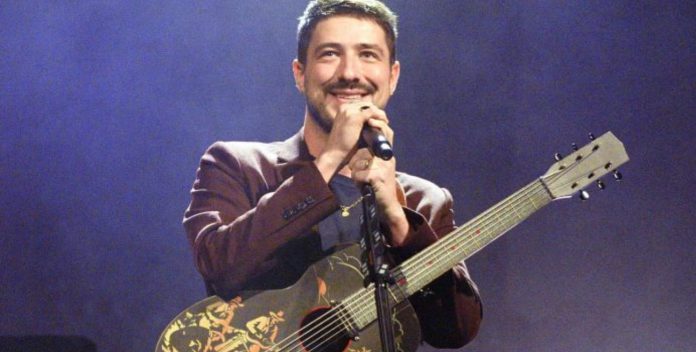 Mumford & Sons first formed in dirty halls in west London, but they always managed to maintain this intimacy around the campfire, even as their crowds grew. Therefore, it is not surprising that the return of Marcus Mumford “home” tonight for the second of two sold-out shows at the O2 Shepherd’s Bush Empire in support of his recent debut solo album “(self-titled)” continues this tradition.

To begin with, this is a very common thing: Mumford performs the songs of his band “Lovers’ Eyes” and “Awake My Soul” and quickly unites the room with warm, familiar songs. However, the atmosphere changes when he and his accompanying four-piece band begin the brooding folk solo song “Cannibal”, and the crowd “sh-sh-sh-sh” to anyone who speaks even too loudly. The swaying track shows Mumford singing about the sexual abuse he experienced as a child before moving on to a big cathartic rock crescendo. The next track, “Grace,” is a little weaker as Mumford conveys his inner Tom Petty, but considering it’s written about his mom finding out about his abuse through the song, it’s still a tense listening experience. Speaking to NME earlier this year, Mumford explained how this level of honesty set the bar for this project: “This record is very personal. It changed my songwriting forever.”

All 10 tracks (of the same name) are performed tonight, flickering between quiet, decisive moments of vulnerability and bombastic rock ‘n’ roll excess as Mumford sings about shame, forgiveness, loneliness and hope. Whenever something gets too much, either for the crowd or for Mumford, he relieves the tension with a joke (“Solo album? we need urgent medical attention, but you were just trying to embarrass your friend. Great”) or sing a song that everyone in the room knows. There’s even an excerpt from Ted Lasso’s theme (“All people really want to hear is ‘Yeaaaaah’, [then] skip the intro,” he explains), as well as a great rendition of the traditional folk song ‘Goodbye, Good’ (Dinka Dinka). Song)’.

However, none of this detracts from how much his latest solo album “How” sounds tonight to complete his main set. From there, Mumford presents the part of the night dedicated to fucking: Taylor Swift’s dizzying version of “Cowboy Like Me” starts everything before two tracks from his project The New Basement Tapes turn the process into a folk, funky one. jam session.

All night long, the unity that Mumford & Sons so often inspires flickers. But, for the most part, this show is a powerful but personal experience in which Mumford exposes his soul very much. He ends up alone on stage during the performance of his band’s “I Will Wait” without a network connection, warning: “It will be quiet.” But as the crowd gradually finds its voice, the Mumford & Sons classics evoke an almost spiritual sense of community in the audience, completing a special evening.