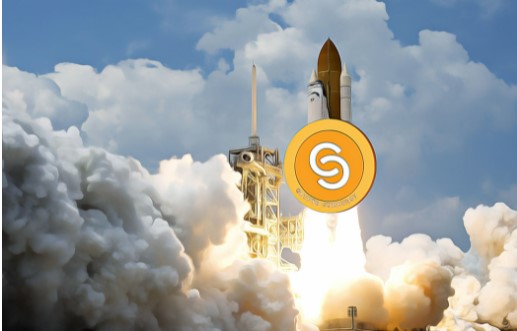 Cheeky Crypto, one of the popular YouTube channels of the market, shared 5 altcoins with its followers in March, which it thinks has great potential for increase. However, at this point, it should be reminded that it is of great importance for investors to shape their investments in line with their own research.

Let’s take a look at the analyst’s March preferences…

The first altcoin on the analyst’s list, NEAR Protocol was designed as a community-run cloud computing platform and aims to solve the problems found by competing blockchains, such as slow transaction speeds, poor throughput, and interoperability issues.

The analyst seems confident that NEAR is heading to a very good place, preparing to make a comeback and will be one of the best performing coins in the market. In addition, Cheeky Crypto states that with the withdrawal in BTC, the pullback in NEAR is also normal and this can be considered as a buying opportunity. NEAR is trading at over $10 as of writing.

Terra can be defined as a blockchain protocol that uses traditional currency-backed stablecoins to power price stable global payment systems. According to the analyst, Terra has a strong team and technology. In his statements on the subject, the analyst said, “Terra is definitely the key to making money in this space. Staking or earning opportunities can help users generate large amounts of income, which is why Terra is second on this list.” He uses his words.

LUNA is trading at over $87 as of the time of writing.

According to the analyst, the next cryptocurrency that can make its investor rich is Cosmos (ATOM). Cosmos describes itself as a project that solves some of the most difficult problems facing the blockchain industry. The analyst says Cosmos is a great place for apps and services.

Therefore, the analyst states that ATOM may grow strongly in the future. ATOM is trading over $32 as of the time of writing.

The next altcoin on the list is Solana (SOL). While the ideas and first studies on the project started in 2017, Solana was officially launched in March 2020 by the Solana Foundation, headquartered in Geneva, Switzerland.

Commenting on Analyst Solana, she said, “There’s a community power on this particular project that helped make it really successful in March. There are some great deals out there and it’s already airing on Solana.” He uses his words. SOL continues to trade above $94 at the time of publication.

The last altcoin mentioned on the list is Harmony (ONE). The goals of the project include making blockchain technology less complex and difficult for developers, thanks to a modular framework that demystifies decentralized applications.

The analyst states that the project already has over 100 DAOs and they have a really engaged community. Also, according to the analyst, Harmony’s partnerships are also very strong and ONE may explode soon for these reasons. ONE is trading at $0.15 as of the time of writing.