Home Sport Marcelo Gallardo: “running out of nothing is hard” 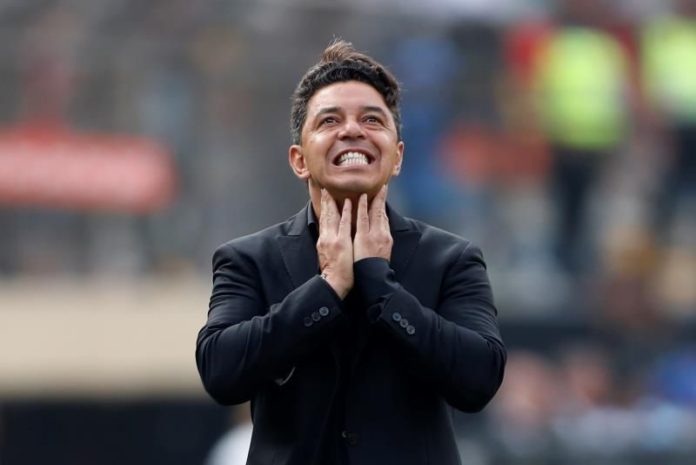 The Argentine River Plate coach, Marcelo Gallardo, said that staying “with nothing is hard”, after the 2-1 defeat his team suffered on Saturday against the Brazilian Flamengo in the final minutes of the Copa Libertadores de América final disputed in the Monumental Stadium of Lima.

“The feeling is clearly of pain, we had the game a few minutes away,” Gallardo said at the press conference after the meeting.

He added that, after holding the score in his favor until 89 minutes of play, he had “the feeling that being so little and running out of nothing is hard, but you have to digest it.”

“Today we have to lose, it hurts, but I feel proud for my players, for all the people who work and collaborate with me, for the fan of River who accompanied us and made a lot of effort to be,” he said.

Gallardo also remarked that the first one-game final in the 60 years of the Copa Libertadores played it “in front of a great rival” and feels they made the game they “had to do.”

“The power of Flamengo we knew to cancel, then it took us a little in the second half to make good decisions,” he said.

The coach said that now all he wants “is to try to assimilate this hard defeat” and reiterated his “pride” for his players “that beyond the defeat they have to be with the chest and head up.”

“You have to know how to lose with nobility and I told that to my players,” he said.

The defender Javier Pinola, who accompanied Gallardo at the press conference, said he has no words to describe the feeling that they have “missed the last play, in the last minutes.”

“I have no words, the pain I feel is great, like everyone else’s, and the technician already said it: you have to raise your head, feel proud of what we did and keep looking forward,” he emphasized.

Flamengo won this Saturday 2-1 in the first single final of the Copa Libertadores and thus won its second continental title, after losing and being widely dominated by River throughout the game.

Two goals from Gabriel Barbosa, Gabigol, in the 89th and 92nd minute, turned the game around and blew up the thousands of Flamengo fans who came to the Monumental Stadium of the University of Sports in Lima.