Home Sport Marc Gasol: “The NBA ring is not my everyday style” 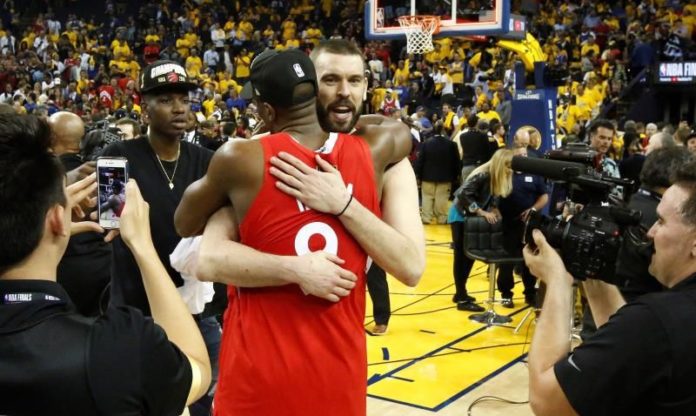 Spanish Toronto Raptors player Marc Gasol joked today about the design of the NBA champion ring he received before the opening game of the season and acknowledged that it was not his style.

The design of the voluminous ring, specially created for the first non-American NBA champions, has already been the subject of criticism and laughter for their opulence and baroque style.

After the game that the Raptors played today at the Scotiabank Arena in Toronto against the New Orleans Pelicans, and that those of Gasol won in extra time by 130-122, the Spanish center told Efe jokingly that the ring “is very colorful”.

“More than the physical sense of the ring is the symbolic. It is very colorful. Maybe it is not so much my day-to-day style perhaps, but I am sure that at some point at home it will come out,” he said with a laugh.

Gasol added that to get him out on the street, “I think I would have to wear earrings and a necklace for the whole. We’ll see. I don’t think I will take him much down the street,” he explained.

On the Raptors’ victory over the Pelicans, Gasol also acknowledged that the game was not showy but what counts is that the Toronto team won.

“Obviously after a while and happy, always happy to be in front of our fans,” he told Efe.

“It has been a game locked all the time, in which we did not find the rhythm either in attack or in defense especially because our defense has been quite poor or inconsistent in the first part,” he said.

“Then we have managed to raise the level and have opened the field more,” he said.

Gasol, who was part of the five starters and played 31 minutes and 54 seconds, had trouble scoring and could not recover many rebounds.

The pivot scored in the four periods and extended 6 points and made four rebounds. He also provided assistance.

Andre Miller gets a job as a coach: The NBA World...