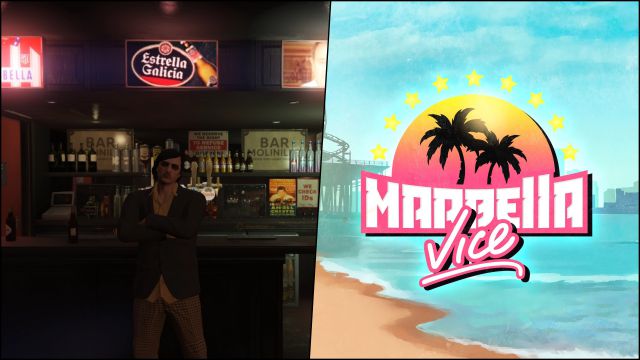 Marbella Vice will have the participation of Ramón, a nice role that will run the Bar Molinillo, the cradle of Spanish interpretation in the city.Ramón, the owner of Bar Molinillo, has already arrived at Marbella Vice. This Atlético de Madrid fan will make us smile with his particular humor once he starts this roleplay server in GTA 5. With the 153 participants already confirmed, we know a little more about one of the hottest spots of the Malaga night. Remember that Marbella Vice will begin on April 11. The time is to be confirmed.

As you can see in the tweet under this paragraph, the official Marbella Vice account has welcomed one of the nice characters that will appear on the server through the front door. Behind Ramón will be The Catacroquer (@TheCatacroquer), the popular streamer. In the video he appears ordering his lunch in a… peculiar way, so to speak. The clerk of this virtual McDonald’s ends up crazy.

Ramón’s appearance does not take us by surprise. At the beginning of April we saw a small preview of the Molinillo, where “you can enjoy live concerts by Kiko Rivera and Julio Iglesias, among others.” The posters around him speak for themselves. El Fari, Camela, David Bustamante, Estopa, Canelita… The best known of the Spanish interpretation merge into a single venue.

Estrella Galicia, Jesús Gil and the mythical Atlético de Madrid shirt with the Marbella advertising. You only need those three images to know that the bar is run by someone who lived closely at that time.

As for the rest of the roles, we recently learned about the incorporation of a group of bikers. Know all the details here. El Rubius, Kun Agüero, Courtois, Cristinini, DJ Mario… Many are the faces that will come together in this Grand Theft Auto-style recreation of Marbella. The lights come on very soon.

Twitch Current Bugs and Their Solutions * 2021

Among The Comparisons, Body Language Experts Highlight One Striking Difference Between...