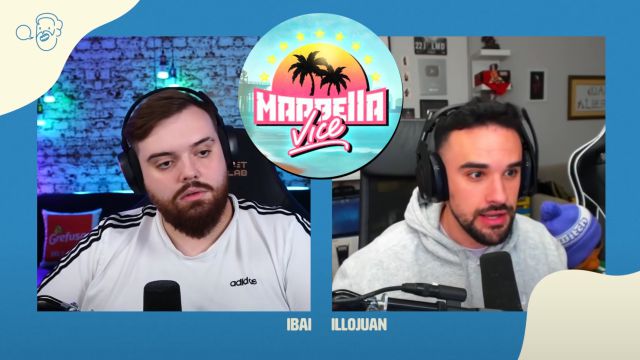 Marbella Vice:The new roleplay series based on Grand Theft Auto V begins with more than 150 content creators, but what will be the approximate duration? Marbella Vice has opened its doors. The new GTA Online server hosted by Ibai Llanos and CooLifeGame (Jacky) in GTA 5 seeks to elevate roleplay series to a new level with at least 153 Spanish-speaking content creators willing to entertain, make laugh and enjoy fictional stories where anything can happen. After cases like Egoland and Arkadia, Ibai has explained how long he expects the Marbella Vice series to last.

During the last episode of Chatting Quietly, a podcast where the young Spanish streamer and broadcasters interviews his visitors, the guest IlloJuan (LMDShow) conveys precisely uses doubt, how long will Marbella Vice be active? The question came after reflecting on the impact that the closure of a server called to unprecedented success will have on their channels.

There will be an initial boom, they asserted, but when it ends the figures will stabilize. Llanos believes that so that it does not generate fatigue, boredom or room for problems and bites, the duration will be approximately one month.

“In fact, the intention is that it does not last long,” says Ibai (minute 56:04). “How much do you think, realistically?”, Intervenes his partner. Llanos’ response is argued with the consequent response: “Look, I have no f *** ing idea because it is something that has never been done, putting content creators in GTA and being so many… and especially so many from Latin America that I am a very close colleague of theirs and that I have never played with them and I feel like … But of course, I cannot answer you for my part. […] If I answer you in general, in general I think it will last a month ”, he adds.

Ibai’s intention is for him to have a profile like Egoland’s, to be “very intense” as well as “very spectacular”. The idea of ​​both his colleague Jacky and himself is that the server does not get out of hand with problems like those that occurred in the past. Here you can see a trailer of what awaits viewers at Marbella Vice.