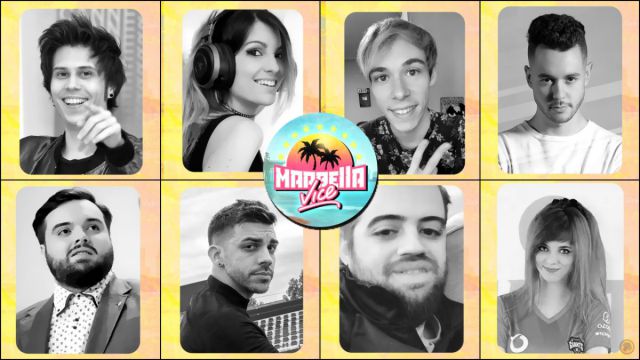 Marbella Vice is the new series of streamers that Ibai Llanos and CoolifeGame (Jacky) are preparing in Grand Theft Auto V. The Rockstar video game, in its GTA Online aspect, will be the basis of a roleplay where improvisation and unexpected situations will generate all kinds of stories, encounters, laughter and entertainment. After confirming the first participants, we already know all 151 Spanish-speaking content creators. We go over all the confirmed details; complete list of participants.

The new series by Ibai Llanos, Marbella Vice, will have a total of 151 members; all of them Spanish speakers. Once their role server is enabled in GTA V, the participants will share the same virtual environment in the games. We will have different ways to follow the games, including the Twitch channels (or YouTube, although very few choose to broadcast their games live on the Google platform) individual of each of the participants that we will cite below.

The premiere date of Marbella Vice was initially Sunday, April 4, 2021, but it will finally premiere on Sunday, April 11, as Rubius has confirmed in a live show; surely around the prime time of the Spanish night. Soon we will learn more details through the official Marbella Vice Twitter account and the Twitter and Twitch channels of Ibai Llanos, the main speaker of any project led by himself.

All confirmed participants in Marbella Vice: 151 content creators and footballers
In order of confirmation, these are the confirmed members of Marbella Vice; including footballers like Kun Agüero or Thibaut Courtois. We already have the complete list of 151 attendees in which she is called to be the most popular streamer series after hits like Egoland and Arkadia. Who do you miss? Will the series be as successful as expected?